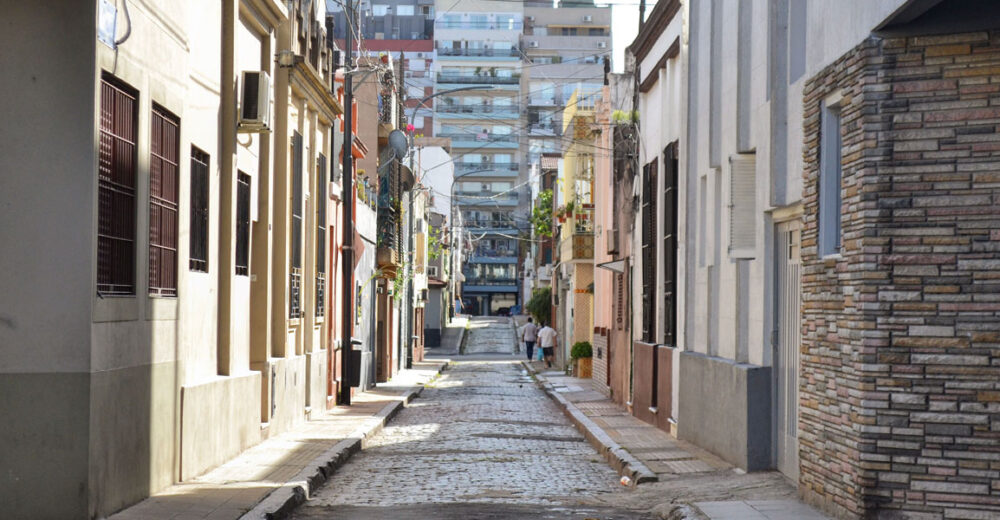 Passages of Buenos Aires, a tour of the shortest streets of the city, but with a different charm.

Walking through Buenos Aires can become a charming experience, as well as unique, when we discover a passage or a palace or a building that stands out from the rest. As Tango says, the streets of Buenos Aires have a “what do I know” that makes them picturesque and extremely attractive.

Here, we want to give you a tour of the renowned passages of Buenos Aires, which will inspire and captivate you. Actually, there are more than a hundred passages in the city, but here we bring you an area so that you can visit several in the same day.

Each of them will tell you and express a lot about certain times, legends, customs and stories.

Its construction dates from the first decades of the 20th century and the year 1880, arising as a result of an important housing problem in the city. The urban densification begun in 1871 as a consequence of the massive movement of the upper classes of society from south to north due to yellow fever, resulted in the construction of interior streets to increase the amount of available housing.

According to their design, the passages are like dead ends streets that can be L or U-shaped, in addition to being vehicular, pedestrian or both; open or covered; of restricted or free and public access. 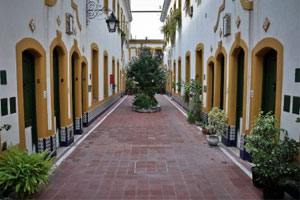 The first one we want to talk to you about is the Sarmiento Passage. Located at Av. Rivadavia 2645/73, it looks the same as the renowned and enormous Andalusia, since it has images of bullfighters and Sevillian dances, and its architecture has semicircular arches, flower beds full of plants and water coming out of the mouth of a blue lion. 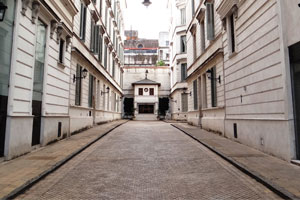 The second, you will arrive immediately because it is located two blocks away, on the same Av. Rivadavia at 2451 street level. This passage, known as Colombo’s Passage, has an L-shaped design and is an interior street. Its entrance is guarded by a huge iron gate, which opens the way to a large path to circulate through the variety of homes, to which we recommend you pay close attention to details.

These two passages are within the so-called Historic Protection Areas (APH) that are in charge of safeguarding and caring for their future. 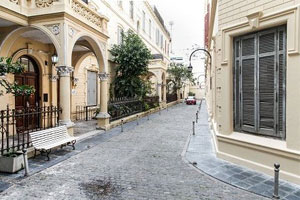 The next one, also close to the previous ones, is the only one with a U shape, and it is one of the oldest. Known as De la Piedad (Of Mercy), you can enter from 1531 Bartolomé Mitre Street. You will notice a big Italian influence in the design of the facades, as well as a certain French influence that was incorporated years later into the architecture of the city. As a result, this passage became a clear example of Buenos Aires architecture from the year 1880. 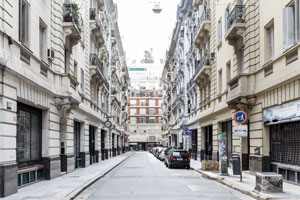 A few meters away, the Passage Dr. Rodolfo Rivarola stands. The magic of this one in particular is its mirror design: you will notice that the buildings on one side of the sidewalk are identical to those on the sidewalk across the street. It is the passage in charge of joining Bartolomé Mitre Street with Juan Domingo Perón, parallel to Uruguay and Talcahuano. 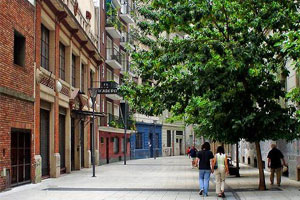 The curve where the city’s first railway passed when the station was where we see the Colón Theater today is currently the renowned Santos Discépolo Passage. It is completely renovated, as a result of the recovery works carried out by the City Government in 2013. Here you will find several bars to sit down to have a coffee or a cold beer. 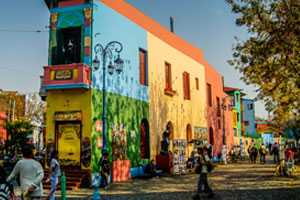 Moving away a little from the previous ones, but not too much, we arrive at the last of the route, whose peculiarity is being an open-air museum. Worldwide known, we are talking about the Caminito Passage: cobblestone streets, tenement houses of a thousand colors, tango and art wherever you look. Located in the neighborhood of La Boca, it has a panoramic view of the Nicolás Avellaneda Bridge and the Old Ferry Bridge, just over the Riachuelo. Here, you will find the Quinquela Martín Museum of Fine Arts and the Ribera Theater. Undoubtedly, it is an excellent place to end the tour and feel the typical culture of the city. To know more about what to do in La Boca, we leave you the link here!

We hope you enjoy this beautiful tour of the Passages of Buenos Aires, where you will feel that time is standing still, you will see samples of previous times and a culture that is still in force!

Here we leave you a link to the City Palaces, and in this other the Domes of Buenos Aires, so you can enjoy these attractions too!