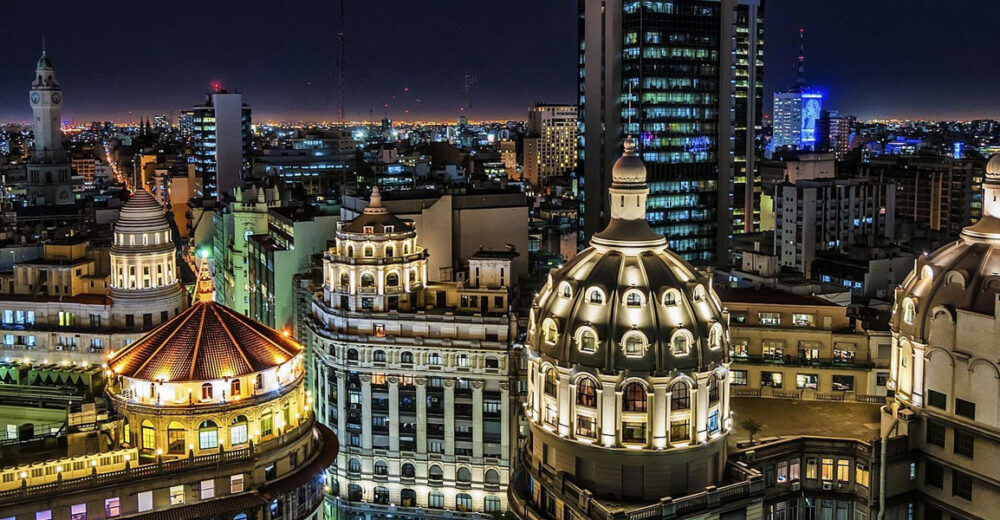 Domes of Buenos Aires, a journey through the history of these beautiful structures of the most beautiful buildings in Buenos Aires.

Buenos Aires has a European charm and style that stands out as a city that combines various architectural fashions depending on the area.

But there are certain buildings that have an added beauty, which are huge and picturesque Domes, providing a not so subtle detail. 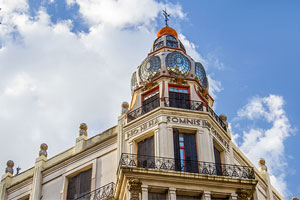 Just by looking up at the sky, you will be able to discover these wonderful architectural details in the best and most recognized buildings in Buenos Aires.

Its splendor dates from the end of the 19th century and the beginning of the 20th century, since it was the most used element in architecture, to be able to frame the corners of the streets as a symbol of bourgeois progress in the country, being an element of ornamentation and value of the properties.

For this reason, hotels and owners of mid-block buildings did not want to stop being at that height and a boom was generated throughout the city.

Actually, they do not have a single defined style, but are the fusion of different styles, in some cases, even being a mixture of several together. Undoubtedly, the most predominant are the Spanish, Russian and Arabic styles, which merged with Art Nouveau in the rise of European fashion. Here we leave you our note of this beautiful style!

You will find most of the Domes in Buenos Aires walking along the famous Avenida de Mayo in the heart of the Microcentro neighborhood. To know everything you can do here, we leave you this note! Also through Congress and Courts you will see many more, being one of the best known and immense, the one that the Congress of the Nation has, 80 meters high. If you continue towards Avenida de Mayo at 1400, you will see another building called “La Inmobiliaria” that has two equal domes at its ends, both red. Also, in the same area you will find the Barolo Palace, which, in this case, is a rough diamond of architecture in its entirety. In its dome, it holds a lighthouse with a panoramic view of the city.

Another beautiful dome is the one that crowns the Goddess of Wisdom Pallas Athena in the House of Culture, as well as the immense green domes of the Banco Nación. At the corner of Perón and Florida Streets, you will find the Gath and Chaves building with incredible splendor, after the Government decides to restore it! 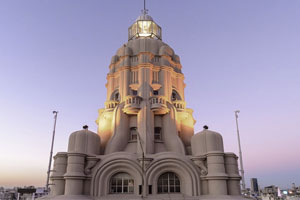 Going to San Telmo, right in front of Lezama Square (here you can get more information about this immense park!), You will be able to enjoy the turquoise domes that culminate the building of the Church of the Holy Trinity. In total there are five huge domes that will undoubtedly catch your eye! In addition, very close to Dorrego Square, is the San Pedro González Telmo Church, which is one of the oldest in Buenos Aires.

Changing areas and moving away from the most touristy places, you will see that, in Caballito, precisely in Ayacucho and Av. Rivadavia, there is the glass dome as a tribute to Antonio Gaudi, which was restored in 1999, with a telescope on the last level and an iron weather vane. To find out what to do in Caballito, we leave you this note!

Here we leave you the link to the Palaces of Buenos Aires, so that you continue enjoying and finding the beautiful domes that finish off these incredible Buenos Aires buildings!