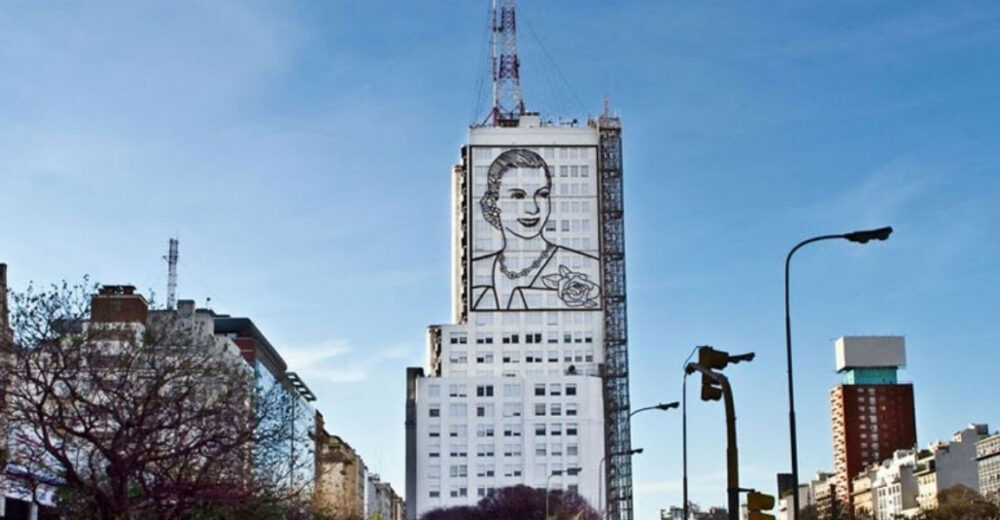 Murals of Eva Perón, the details that hide behind the most impressive murals that you will see on Av. 9 de Julio.

These are two huge images found in the Ministry of Public Works Building, on each side of the south and north facades, which can be seen from Av. 9 de Julio, in both directions. 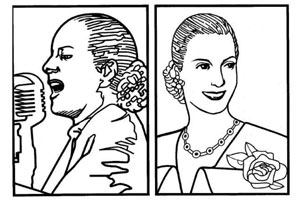 They have been located in this building since 2011, and their author was Alejandro Marmo, a renowned sculptor who was helped by several painters, including Daniel Santoro, in terms of digitizing the images.

The reason for choosing this building to hang Eva Perón’s murals is not a minor detail: in this building, the president gave her Resignation speech in front of millions of followers.

The figures are made of steel with a total of 31 meters high and 24 meters wide. Its weight is 14 tons and at night, they are illuminated with LED technology, forming the national flag at the bottom. 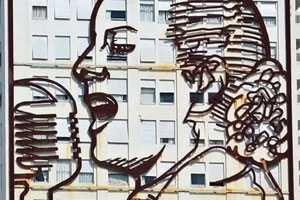 About the symbology of these murals, we can say that the face that looks towards the south of Buenos Aires, has the portrait of Evita of the poor, kind and smiling, since the working-class neighborhoods and factory areas are located on that side of the city. On the north side, the most aristocratic area of ​​the city, is the most combative Eva, giving a speech to the people. Thus, it denotes that the murals align with the historical division of Buenos Aires.

Here we tell you much more about this emblematic political figure, so acclaimed and loved by the Argentine people.

In this note, we leave you all the information about what you can do in the Downtown area.

To learn even more about the city and its details, we invite you to join our Free Tours here!