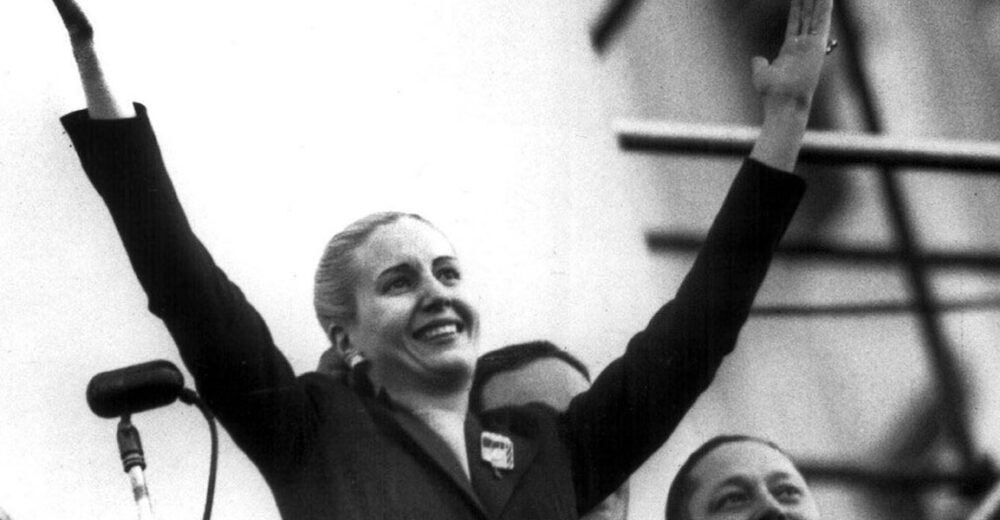 Eva Duarte of Perón, one of the best known and most important characters in the political history of Argentina.

Buenos Aires has many renowned personalities with a marked trajectory throughout the country’s history. Just as we have heroes and founding fathers who we tell you about here, there are also other outstanding personalities such as Maradona, Piazzolla or Evita.

Since we want you to know more about Argentina, we want to tell you about this woman who became a break that marked a before and after in political matters. 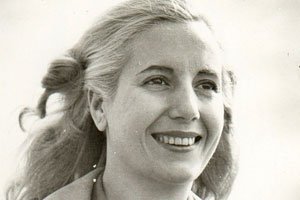 Let’s start at the beginning…Eva Duarte was born on May 7, 1919, in Los Toldos, a city in the Province of Buenos Aires. His parents were Juan Duarte and Juana Ibarguren, with whom he lived a rather poor childhood since his father was a rancher from Chivilcoy and his mother a Creole rancher.

At the age of 16, Eva decided to migrate to the city of Buenos Aires, in 1935, where she worked as an actress in one of the main theater companies of the time. Likewise, they hired her to do radio drama in a program, and her economic situation found stability, until she managed to have her own apartment. In 1943, she founded the Argentine Radio Association, which was the first union of radio workers, of which she was president. 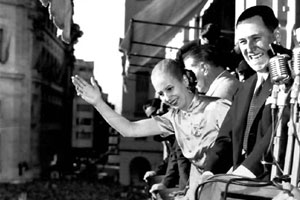 In the year 1944, and in these areas, is that she met Juan Domingo Perón, one of the most remembered presidents of the country. In 1945 they were united in marriage, the same year that Perón was removed from his positions in the Ministry of Labor and in the Presidency of the Nation, being confined to the island of Martín García. Given these events, Eva Duarte de Perón launched the Social Agitation Campaign, whose results converged on October 17, where thousands of workers occupied the city center to demand Perón’s freedom. Those called by Eva as “shirtless”, gave life to one of the largest popular demonstrations up to that time. This date, later, was declared as the Peronist Loyalty Day. Once free, Perón participated in the 1946 elections where he won an irrevocable victory. Beyond the popularity that Eva acquired, she did not want to accept any position in her husband’s government, and maintained her idea of ​​dedicating herself fully to developing Social Activity in the foundation that bore her name. In this way, and with financing from public funds, the Eva Perón Foundation was able to distribute social aid to those who most needed it. These sectors were the ones that began to call it “Evita”.

In 1949, she founded the Women’s Peronist Party, where a greater integration of women in the workplace was promoted. In 1951 she was nominated as a vice-presidential candidate from the CGT (General Labor Confederation), but her health condition and the opposition of the Armed Forces made her decide to decline said nomination. 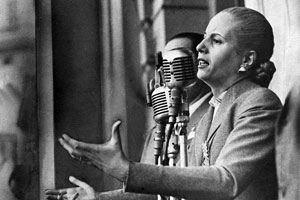 Thanks to the fact that Evita was the one who intervened, Perón’s first presidency was one of the best living conditions for all the workers and marginalized sectors of the country. For this reason, she always received the affection of the Argentine popular sector. Evita always maintained that her work and effectiveness were focused on her relationship with people.

Her state of health worsened, resulting in her death on July 26, 1952, at only 33 years of age. Eva’s death resulted in the decline of the Peronist regime, which, three years later, was overthrown in a military coup. To prevent the popular pilgrimage to Eva’s tomb, the military kidnapped and transferred her body to Italy, to later take it to Spain.

In 1975, the government at the time, headed by Perón’s third wife, Isabel Martínez de Perón, recovered Evita’s remains and brought them back to Argentina.

Currently, the remains of Evita, loved by the Argentine people, rest in the Recoleta Cemetery. In this note, we tell you everything about the tomb of Eva Duarte de Perón.

We take this opportunity to invite you to join our Free Tour of the Recoleta Cemetery here and learn even more about one of the most important women in Argentine politics.