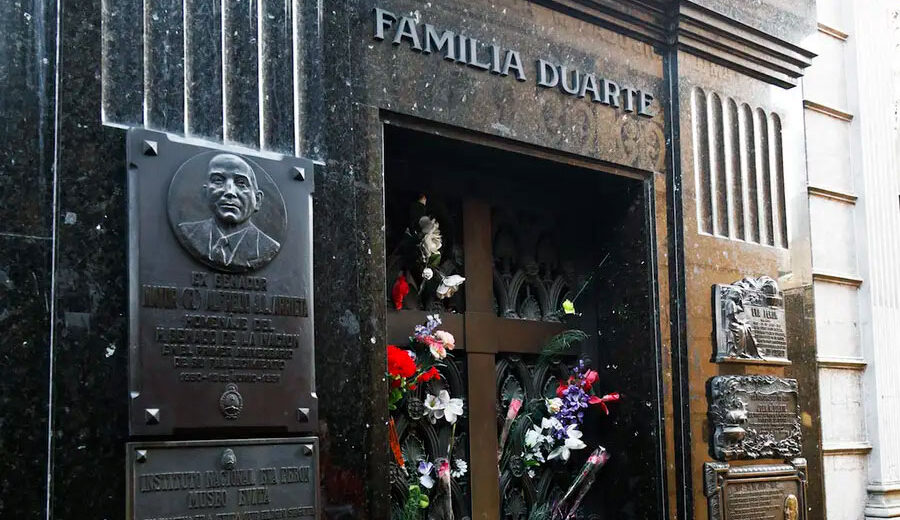 Grave of Evita Perón is one of the most visited tombs of the cemetery of Recoleta. In fact, it is usual to find fresh flowers for her.

Nevertheless, many of the tourist who visit the grave know too little about this character of our history and most of their knowledge comes from Andrew Lloyd Weber’s musical with Madonna in the role of Evita. 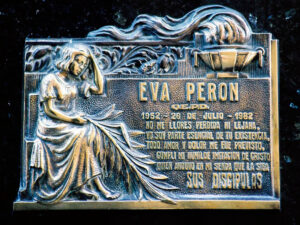 So, here you are. Short and sweet, what you need to know about Eva Perón before you visit her resting place.

María Eva Duarte de Perón was born in 1919 on a poor family in La Pampa. She moved to Buenos Aires at the age of 15 to pursue her acting career. She met Juan Domingo Perón and became his wife.

She was the First Lady of Argentina from 1946 until her death in 1952. She got very involved in politics and defended the socialist cause. She spoke on behalf of labour rights, she championed women’s suffrage and ran the Women’s Peronist Party.

Evita is loved by many Argentinians, but she is also deeply hated.

To know more about her and learn what was done with her corps join at our Recoleta Cemetery Tour.

Here, we also leave you a note about the Curiosities of Recoleta Cemetery, so that you know more about the place where the Grave of Evita Perón is located.