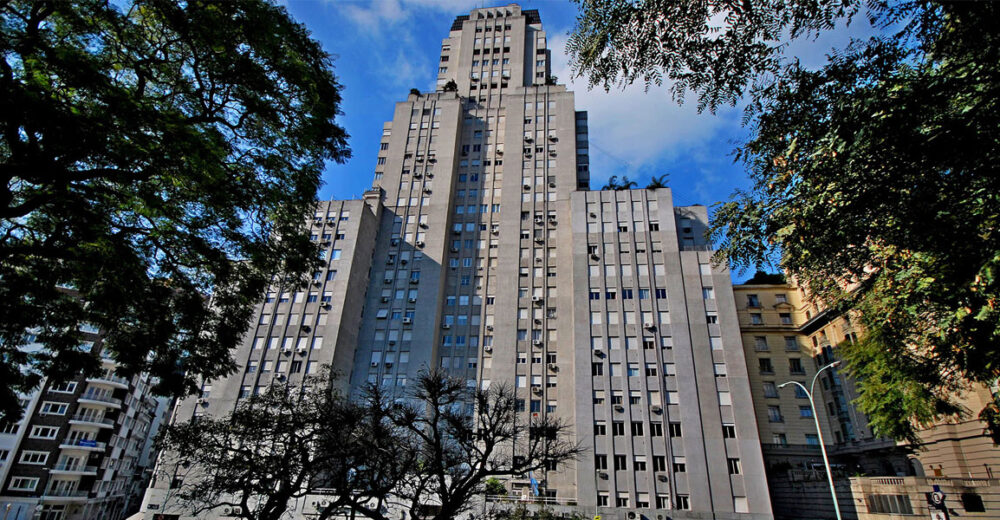 Kavanagh Building Buenos Aires, the story behind the imposing tower located in Retiro.

It is a work of modern architecture, which classifies it as one of the iconic buildings in the city, with a synthesis of art deco and rationalist styles. It is simply an apartment tower, but not for that reason, it ceases to be an emblematic work for the architecture of Buenos Aires.

Located in front of San Martín Plaza (you can learn more here!), on Florida Street, in the heart of the Retiro neighborhood.

Its construction began in 1934, to be inaugurated in 1936 with 120 meters high. At that time, it was the tallest reinforced concrete building in all of South America. In turn, it was the first residential building in Buenos Aires with very modern equipment for that time, such as centralized air conditioning equipment and a central heating system with boilers.

The promoter of the idea of ​​this tower was Corina Kavanagh, who, at the same time, financed this building and named it after her. Behind the history of this building, there is a legend that says that the idea of ​​creating this building was revenge by Corina towards the family of her fiancé, son of the Anchorena Family. The same family closed the doors to Corina for not being part of a patrician family and they did not let the relationship prosper. As revenge and out of spite, the millionaire built this building, blocking the view of the Anchorenas from their house (now San Martín Palace), who saw the Basilica of the Holy Sacrament, a site built to be the future tomb of the family. 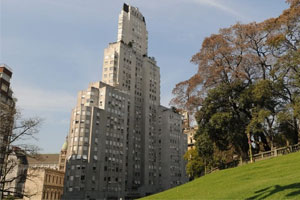 The shape of this building is similar to the prow of a ship, its orientation points towards the Río de la Plata. It does not have an electric intercom, so visitors are announced at reception and the department sought is notified by phone. In total there are 105 apartments and the building does not have garages. It is divided from the Plaza Hotel, which is located a few meters away, by a narrow passage named after Corina Kavanagh. At the time, this passage was thought so that the occupants of the departments entered directly to the reception. In addition, its staggered shape gave rise to garden terraces.

With 12 elevators, 5 stairs, entrance halls, shops and offices. In addition, it has a swimming pool, gym, refrigerator, washing and ironing stations.

Undoubtedly, it is an elegant and imposing building that deserves to be visited and admired. Framed by an environment that includes one of the most beautiful squares in Buenos Aires, and is close to many other attractions.

Here we tell you more about the palaces that surround San Martín Square, the most important in the city.

In this link, you can learn about other buildings in the city that deserve your visit!

We invite you to join our Free Tours around the city here, so you can continue enjoying Buenos Aires.