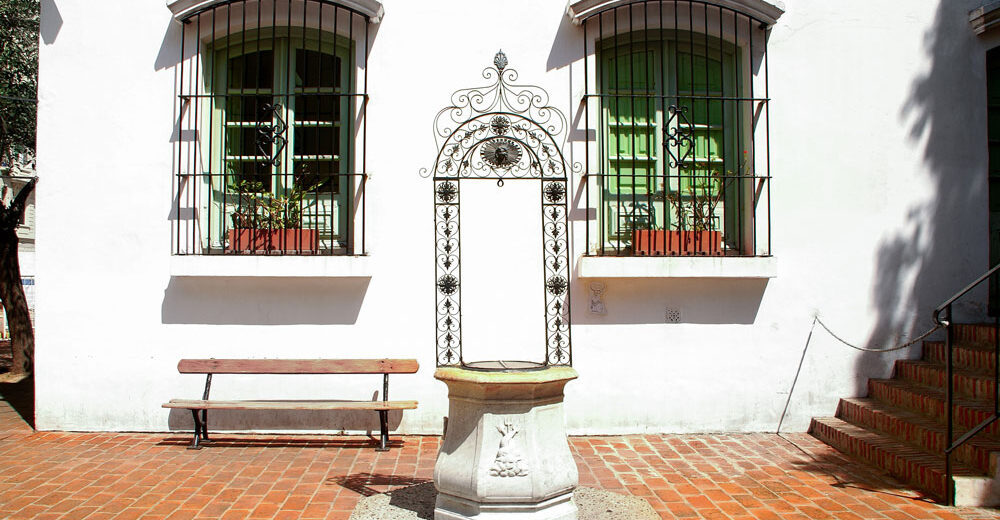 Colonial Buildings Buenos Aires, a tour of the most picturesque buildings in the city.

Old Buenos Aires from colonial times was very different from what we know today. In contrast to other places in South America, it did not have great mineral wealth and its architecture was very austere and simple. The first buildings since the founding in 1580 were by Adobe and did not survive. It was only in the 18th century that brick buildings were built that we can see today. The Buenos Aires aristocracy did not like much of the colonial legacy due to its simplicity and at the end of the 19th century the old Buenos Aires ceased to exist to give rise to a grandiose and opulent metropolis with neoclassical buildings.

For this reason, the surviving Hispanic colonial repertoire of Buenos Aires is limited, but no less valuable.

Here we list the colonial buildings that you should know in Buenos Aires:

CHURCH OF SAN IGNACIO AND THE BLOCK OF ENLIGHTENMENT 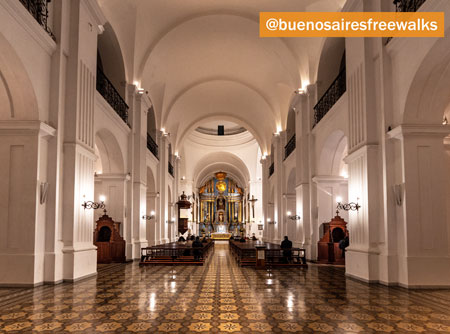 The first architects of Buenos Aires were Jesuits who were finally able to build more stable and stronger brick structures than those of adobe or mud used in the early years of our city. It was for this reason that precisely the oldest building in Buenos Aires (built in 1722) is the Church of San Ignacio de Loyola, founder of the Order, next to which is the famous Manzana de las Luces (Block of Enlightenment), an old Jesuit cloister.

To know more about this site, you can visit our note here! 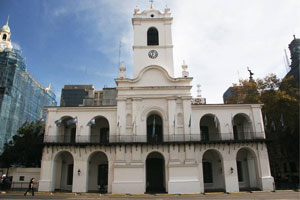 When we think of Colonial Buenos Aires, the famous Cabildo immediately comes to mind, a Hispanic institution that would later become the site of the assembly that created the first national government in May 1810: the First Junta. Also built by Jesuit architects, the works began in 1725 and it was partially inaugurated in 1740, with different details added later, such as the tower in 1767. Unfortunately, the Cabildo has undergone many modifications, losing a large part of its lateral arches as well as modification and demolition of its original tower which was finally rebuilt in its original style during the 20th century. 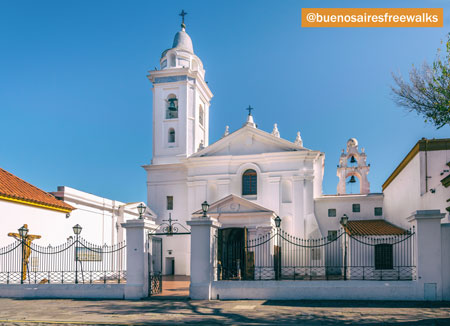 The Pilar Church is the second oldest building in the city, inaugurated in 1732. The Franciscan Recollect friars lived there, on the outskirts of the city. Today, it is one of the most beautiful and intact colonial corners in Buenos Aires, with an exquisite collection of baroque wooden altars gilded with leaf. In the Recoleta Cultural Center, next to the church, some of the cloisters of the old convent are also kept. 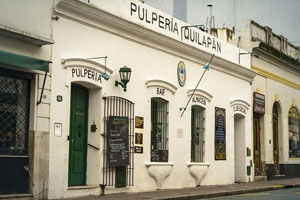 On Defensa street al 1344 is the Pulpería Quilapán (Quilapán Grocer’s Shop), currently a gastronomic place, super nice and traditional. The building is one-story, with a simple brick facade covered with lime that was built in the 7th century as a private house and later became a tenement for immigrants. It was restored by the San Telmo Foundation and, today, it can be enjoyed by all visitors to the Grocer’s Shop.

HOUSE OF THE VICEROY LINIERS

On the edge of the Montserrat and San Telmo neighborhoods, on Venezuela Street, is the house of the one who was the great hero of the English invasions and later Viceroy of Buenos Aires: the French sailor Santiago de Liniers. The house has survived the passage of time and today is the headquarters of the General Directorate of Heritage, museums and the historic center of the City. 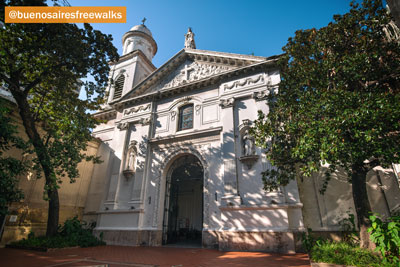 In downtown Buenos Aires there is a small church that was the first convent of nuns in the city of Buenos Aires. It is Saint Catherine of Siena that maintains its colonial spirit practically intact with its brick covered with lime and its wooden altars with leaf gilding. In the old cloister there is today a restaurant and offices for rent. The building witnessed the English invasions and every July 5 the Regiment of Patricians performs an act there. 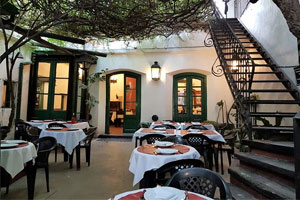 In San Telmo, we can find two colonial houses on Carlos Calvo street: The House of the poet and soldier Esteban de Luca, patriot of the May Revolution, and the Old Knife Tasca. Both are, today, restaurants where you can enjoy the original atmosphere of the colony. 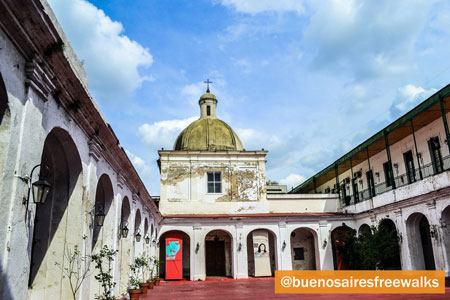 Next to the Church of San Pedro Telmo, patron who gives its name to the Barrio de San Telmo, is the current Penitentiary Museum. The Church was built in colonial times but the one we see today has been beautifully ornamented in later centuries. Next to the temple is the Penitentiary Museum that inside maintains the old cloister of the order of the Betlemites in colonial style. The building fulfilled various functions over time, ranging from hospital to jail and, today, Museum. 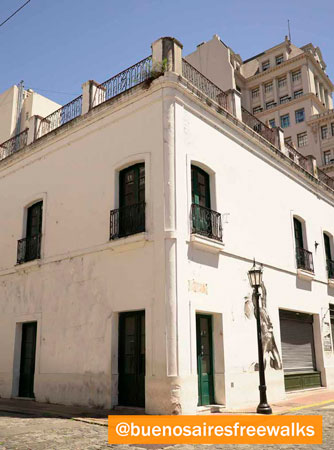 Built in 1808, the Altos de Elorriaga was one of the few two-story residences in the city. Because they are exceptional and a symbol of wealth, these properties were called “Altos” (High). The corner is characterized by not having an ochava, since it was a municipal mandate after 1822. Today it is the headquarters of the Museum of the City of Buenos Aires and can be easily visited.

We must clarify that Buenos Aires has many more buildings that “appear” to be colonial but are not original, rather they are later constructions that recreate historical styles. With a little information and a good eye they can distinguish themselves. For lovers of the colonial style, even if it is recreated, we can recommend the Isaac Fernández Blanco Museum or the Larreta Spanish Art Museum, among others.