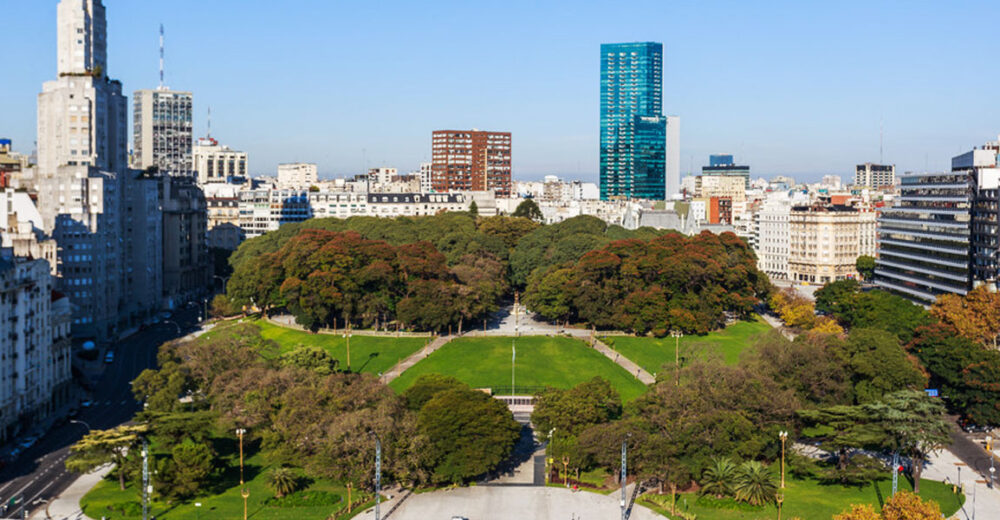 San Martin Square Palaces, a potpourri of buildings that will dazzle your eyes.

Arranged in the same block, they have an architecture that stands out from the rest of the buildings in the area and, for that reason, they have great value.

Here we tell you more about San Martín Plaza, but on this occasion, we want to tell you about the buildings that surround it, which, without hesitation, will draw a lot of attention to your eyes.

You will notice that many of them have French-style characteristics, which were built between the end of the 19th century and the beginning of the 20th century.

Now, let’s see a little detail of each one: 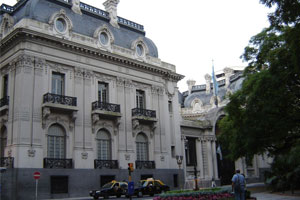 Property of the Anchorena Family, currently the building of the Argentine Foreign Ministry. It is located on Arenales street, in front of the Plaza.

With a purely French composition, French classicism to be exact, on a perpendicular axis towards Arenales and another that cuts at 90 degrees, with a courtyard of honor that accesses the three houses that make up this building. Also, it has a winter garden built in metallic ironwork.

Since 1994, this place was declared a National Historical Monument.

It is a living testimony of the history of Argentina. Both its functionality, its architecture and its symbology express the ideology, aspirations and values ​​of the Creole elite and landowners of the 19th and 20th centuries.

It is popularly known as the Peace Palace, since it was the residence of the family of José C. Paz (who founded the newspaper La Prensa).

It is one of the most elegant and enormous residences that were built at the beginning of the 20th century in the city.

Located on an irregular plot, its front rests on the four streets that limit said block. The main façade has the characteristics of classical French architecture. With a large Hall of Honour, circular in shape, 16 meters in diameter and 21 meters high, it communicates with the gardens through a truly imposing staircase. In total, there are more than 100 environments that make up these 12,000 square meters.

In 1938, the Military Circle acquired this building, which houses the National Weapons Museum and the National Military Library. Here is their website for more information. 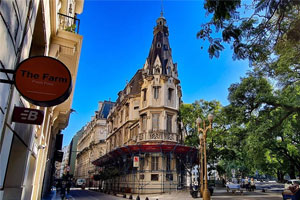 Shelter of the Haedo family, it is currently the National Parks Administration Headquarters, located at Av. Santa Fe 690.

Although its history is vague, it was built in 1870 to be a family home. Passing through the hands of the Villar family, it ended up being Banco Popular and acquired in 1942 by the National State to convert it into the current National Parks Administration. At that time, the building was remodeled to adapt it to its new function.

Its style is Italian neo-Renaissance, popular in the mid-nineteenth century, before the imposition of the French style. Its main facade had eighths crowned with needles. As a result of the remodeling, it became a neo-Gothic mansion, to which they added a floor and a mansard roof with tiles, added to a simile stone cladding with style ornaments on its balconies.

In 2001, it was declared a National Historical Monument. 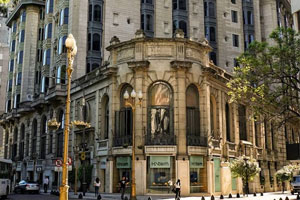 It is the first luxury hotel that was built in the City of Buenos Aires, by the businessman Ernesto Tornquist.

With an immense list of exceptional amenities for the time, this hotel stood out as one of the most luxurious in South America.

Built in 1909, the work of the German architect Alfred Zucker, it is considered too advanced for the time of its creation. It has a German Baroque style, which was preserved throughout its expansions and remodeling.

Leading international personalities from politics, sports and art have stayed at this elegant 5-star hotel. 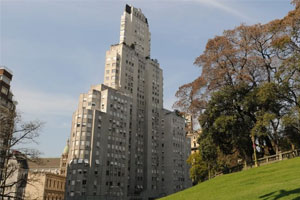 Corina Kavanagh was its owner and it was inaugurated in 1936. At that time, it was the tallest concrete building in all of South America, with a total height of 120 meters, with many luxurious details.

A symbol of the city’s architecture, several low houses that were attached to the Hotel Plaza were demolished for its construction. Thanks to its staggered shape, garden terraces were installed, as well as a centralized air system (an enormous advance for its time), washing and ironing workshops, a sink, a central telephone system and a cold room. It does not have an electric doorman or garages, but it has a total of 105 apartments.

Construction began in 1934, to be inaugurated in 1936. Declared a National Historical Monument in 1999, the same year that UNESCO included it in the World Heritage of Modern Architecture.

The legend says that its construction was the product of a revenge of forbidden love. It is said that Corina Kavanagh had a relationship with one of the children of the Anchorena Family, who forced the break, since Corina did not come from a patrician family. Faced with this situation, the millionaire ordered the construction of this giant building to cover the view of the Anchorena’s towards the Basilica of the Holy Sacrament (built to be the future tomb of the family).

To learn more curiosities of Buenos Aires, we invite you to join our free tours here!