Congress of the Argentine Nation 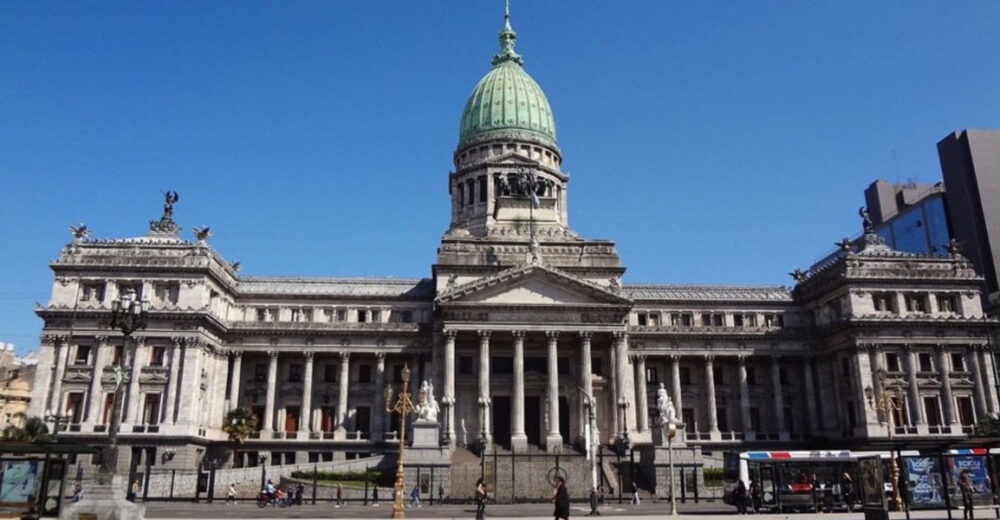 Congress of the Argentine Nation, all its history and the nooks and crannies of a building that will catch your attention in the heart of the city.

Without going unnoticed, this palace of enormous size is the main body of the exercise of the Federal Legislative Power of the Argentine Republic. 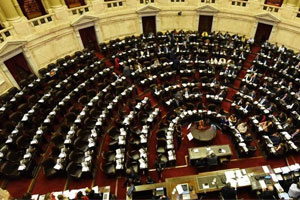 Here, federal laws are formed and sanctioned, in addition to being in charge of criminal, commercial, civil legal, mining, labor, and many more sanctions. The objective is the organization of common legislation.

Faced with the need to assign a definitive seat for the Legislative Power, in 1889, President Juárez Celman made the request for it. The choice of this block, surrounded by Combate de los Pozos, Yrigoyen, Rivadavia and Entre Ríos streets, is due to the idea of ​​delineating a civic axis around May Avenue, so that at its ends there are, on one side, the Cabildo and the Government House, and the Congress on the other.

In 1895, after an international project competition, the Congress of the Argentine Nation was built by Víctor Meano, an Italian architect. Its central pillars of design are classicism, eclecticism and academicism. To emphasize its monumentality and the symbolic value of this building, an imposing dome 80 meters high was incorporated, which can be seen from May Avenue.

The Congress Square arrived a few years later, in 1905, under the initiative of Senator Miguel Cané. Even in 1906, the building was not finished, but it was decided to start using it and inaugurate the Legislative Palace.

For the year 1946 it was that the work was concluded, with the placement of the marble coating of the exterior part. In 1993, it was declared a National Historical and Artistic Monument, a benchmark of national cultural identity and, for this reason, its preservation is mandatory.

Both inside and outside, it has several important sculptures. Among them, those on the sides of the access esplanade, the work of the sculptor Lola Mora. The representations range from Commerce, Freedom, Peace, Work and Justice. 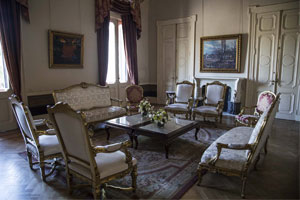 In turn, it has several important rooms, such as the Hall of the Provinces, which has double height and is part of the ceremonial access to the Palace. It has a huge stained glass window representing the Argentine Republic in a cultivated field, a symbol of economic progress. On the other hand, there is the Blue Room, with 8 sides that supports the imposing dome of the Palace, marble columns that enrich the entrances, the German mosaic floor, a red granite plinth from Belgium, bronze jugs, among other ornaments that decorate and root the space. At the top, you can see the dome from the inside, through an open vault in its center. The well-known Hall of the Lost Steps, functions as access to the deputies enclosure and as accommodation for the press during the sessions, funeral honors or cultural activities. The Hall of Honor is used to receive delegations and authorities, it has huge stained glass windows with the national coat of arms. The highlight is the Eva Perón Room, with pink tones on the walls, upholstery and curtains, all chosen by Eva Perón herself. The objective of this room is to remember the insertion of women in politics and it was the room where the first 6 senators who entered Congress in 1952 met.

During the year, guided tours are held, free and open, from Monday to Friday from 12 noon to 5:00 p.m. in Spanish and English. If there is parliamentary activity, visits are suspended. The maximum capacity is 20 people and you simply have to announce yourself at the security windows with your identity document or passport. We leave you their website here for more information.

We invite you to join our Historic Center Free Tour here to learn even more about Buenos Aires!

Here we leave you all the information to know what to do in Downtown.