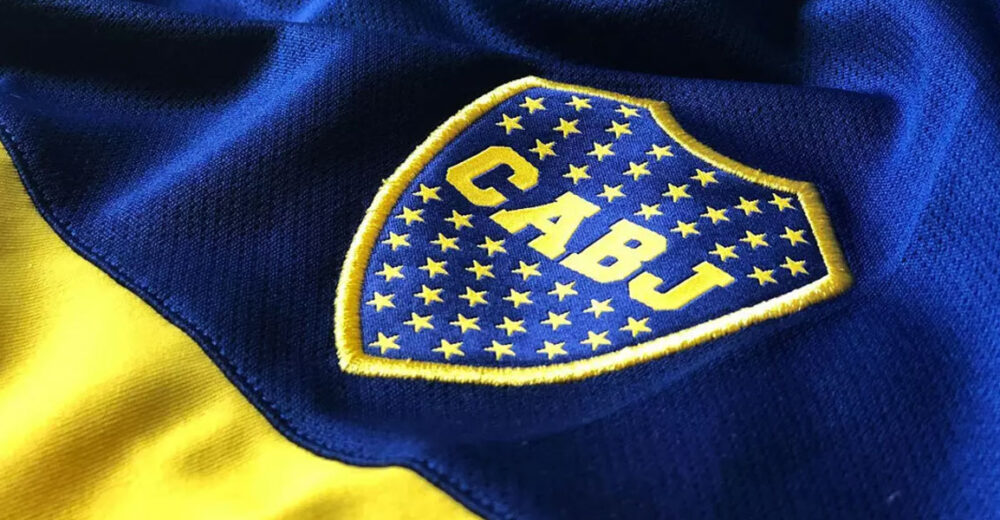 Club Atlético Boca Juniors, all the details about one of the most important Soccer Clubs in Argentina (and the world).

It is one of the most recognized sports entities in the country, with millions of fans spread all over the world! 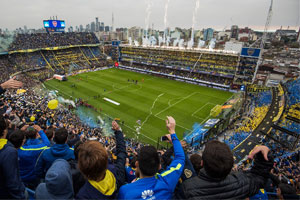 It was founded by 6 Italians on April 3 in 1905 and since 1913 it has participated in the Argentine First Division. It is the only club that has played every season in the First Division since the start of professionalism in 1931. That is, it has never been relegated!

Based in the neighborhood of La Boca (here we tell you everything you can do in this area!), its stadium is one of the most visited, known as La Bombonera. The colors that represent Boca are blue and gold (or yellow), so don’t be surprised if you see the neighborhood dyed with these colors!

It stands out mostly in the men’s soccer league, although it has international, national and professional competitions in volleyball, futsal, women’s soccer, basketball and handball. 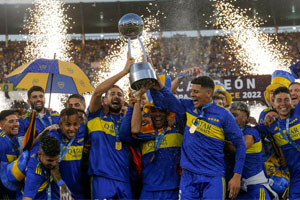 Team with the most games played, breaking the record for the longest uninterrupted stay in the First Division. It is the only one of the 5 largest clubs in the country that never relegated, never came last, nor did it have to play promotion to stay in the category.

Boca Juniors has 72 titles in its history: 16 national cups, 34 local championships and 22 international cups, being the third club with the highest number of official titles in the world. In turn, he is the maximum champion of the Intercontinental Cup along with Peñarol, Nacional, Real Madrid and Milan; and the second club with the most Libertadores Cup won (6) behind Independiente (7).

Without a doubt, it is the most successful club in Argentina, and therefore, the one that deserves the title of champion. Five were the times that it was champion undefeated!

In the list of the most important players, we can mention Diego Armando Maradona, Juan Román Riquelme, Martín Palermo, Carlos Tévez, Guillermo and Gustavo Barros Schelotto, Sebastián Battaglia, among many others, who wore and defended the great blue and gold shirt. 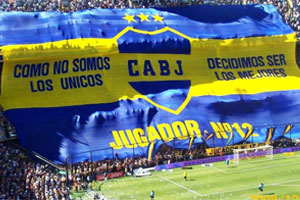 With millions of fans, its fans proclaim themselves as “The Half Plus One” and the number of members grows every day. Currently, there are 300,000 associates in total. And, as it is a good thing for the club, at the same time it works against those who want to go and enjoy a game on the field. Due to the increase in members, clubs cannot sell tickets on the day of the match, since members enter for free or by paying a pass. For this reason, the capacity of the stadium is reduced. But don’t worry, if you want to get tickets to go to see Boca, you just have to send us a message here!

Its main rival is Club Atlético River Plate, with whom he stars in the well-known soccer “Superclassic”, one of the favorite sports shows to watch: the most intense sports experience in the world. Their rivalry began in the 20th century when they still shared the neighborhood. The first match was in 1908, which culminated in a 2-1 victory by Boca Juniors. 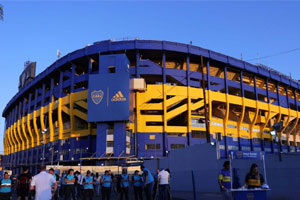 In addition to having a stadium, which you can visit, it has the Museo de la Pasión Boquense. Basically, it is the first soccer-themed museum in Argentina. Inaugurated on April 3, 2001, you can find it within the facilities of La Bombonera. It is one of the most visited in the city! On your tour you will be able to learn about the origins, titles and championships, the evolution of the xeneize shirt, the context, the idols and players, and you can even leave with a souvenir. Everything this club achieved in 115 years of history! We leave you their website here.

We leave here the official website of the Club for more information!

Since you are going to visit La Bombonera, we invite you to join our Free Tour La Boca here, to learn more about this Buenos Aires neighborhood!