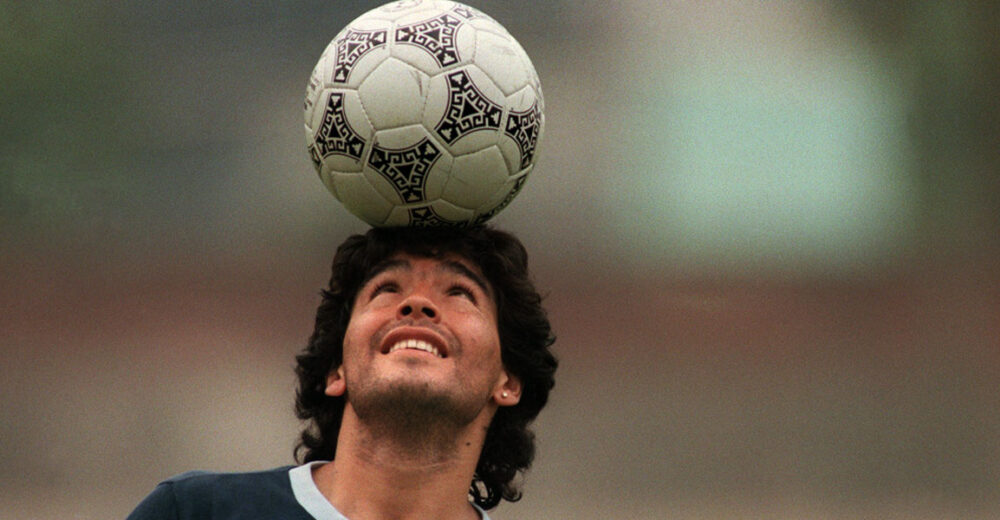 Diego Armando Maradona, a brief tour of his history and the importance he has in our country and the world!

As we have been telling you, Argentina has several outstanding characters that have marked our history. Undoubtedly, one of them is Diego Armando Maradona, one of the best players the world had, regardless of time.

The number 10 will always belong to him and will bring him to our memory. Those who wear that number on their jersey feel Diego’s legacy. 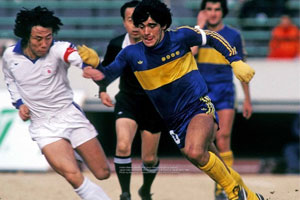 Born in the neighborhood of Villa Fiorito, Buenos Aires, on October 30, 1960. His first steps in soccer were at the age of 9, when he joined the Cebollitas team. At the age of 15, in 1976, he was hired from Argentinos Juniors, a first division team. A year later he was summoned as “the golden kid” to the national team.

At just 17 years old, he was already part of the list of the 25 best players in the country! He was unable to participate in the 78′ World Cup due to his young age, but in 1979 he retaliated by being captain of the team that won the U-20 World Cup in Japan.

They sold him to Boca Juniors in 1980, one of the most important teams in Argentina and the club he loved, and then, two years later, he went to Spain. In 1984, he was delegated to the Italian Napoli, where his performance was perfect, winning the hearts of the Italians, giving them two championships, a UEFA Cup, an Italian Cup and an Italian Super Cup as well. 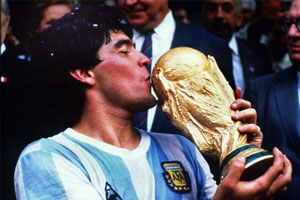 But the crest of the wave was experienced in the 1986 World Cup that took place in Mexico. There, he was the captain who led Argentina to victory against Germany in the final. In this same World Cup, the famous “Hand of God” happens, and the play that leads to the goal of the century against England. Defeating them 2-1, our country vibrated like never before, since it meant the collection of a military defeat with the Malvinas War that had happened 4 years before, due to a sports defeat.

In 1991 he was expelled from Napoli for failing an anti-doping test for cocaine use. From there, he went to the Spanish Sevilla, to later return to Argentina and play for Newell’s Old Boys. His addiction led him to be banned from football for a year, for failing a test again in 1994. 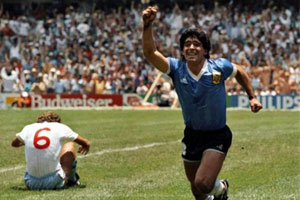 For a few months, he was technical director of Deportivo Mandiyú and Racing Club. In 1995, he returned to Boca Juniors as a player, where he could be until his retirement in 1997, when he turned 37 years old.

Faced with a relapse in the year 2000, he was hospitalized in Cuba for rehabilitation, a place that was his home for many years. It was only in 2001 that his farewell match was held at the Boca Juniors field, La Bombonera.

For several years, he decided to return to serve as technical director of different clubs. He was a TV host and even wrote two bibliographic books.

On November 25, 2020, Diego left Earth, to become immortal in the hearts of all his fans. The whole world cried the game of 10. 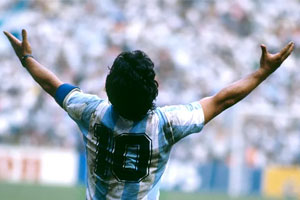 Throughout his life, D10S, as many call him, added great displays of affection and admiration such as the one you will find in the Boca Juniors Museum, with a space that pays homage to the best years of Maradona in Boca Juniors, next to a statue and a mural of Diego. In addition, throughout the neighborhood of La Boca, you can find several references to Maradona, especially in Caminito and the blocks surrounding La Bombonera. To find out what to do in La Boca, follow this link!

For their part, Argentinos Juniors named their stadium as Diego Armando Maradona since 2003, in addition to having a special section in their Museum. Without forgetting that it was the first team in the first division that believed in him.

Here we leave you more information to know the rest of the places that pay tribute to Diego Maradona in Buenos Aires.

In the artistic area, Diego was also honored with a film about his story, in addition to different songs that pay tribute to him, such as the famous Rodrigo Bueno song “La Mano de Dios”, Manu Chao’s “La vida Tómbola” and “Santa Maradona”, in addition to Charly García with “Maradona Blues”, among many others.

Maradona’s immortality in the world is clear, because he will always be remembered and in our hearts. Thank you Diego for giving us so much joy! “The ball does not get dirty”.