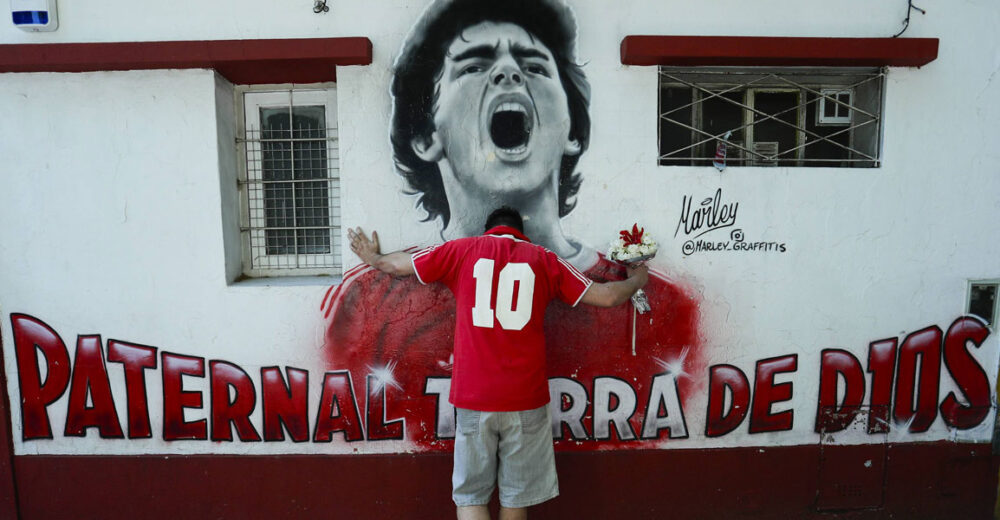 Diego Armando Maradona Tour, a tour of the neighborhoods that pay homage to the national idol, recognized throughout the world!

A year ago El Diego, or D10S (God), as he is popularly known, left earthly life, to the surprise of the world. Yes, he is one of the strongest personalities and the biggest idol that Argentines have. His departure generated a lot of sadness for everyone, and there will always be reasons to honor and remember him.

For this reason, here we want to introduce you to a tour of those places that were history in his own life. In addition to knowing the most important places for Diego, you will be able to visit different neighborhoods and continue learning more about the city of Buenos Aires.

The first place to go is the Argentinos Juniors Stadium, located at 2151 Gavilán Street, since this is where he played as a professional for the first time in 1976. The stadium has its own museum, where you will find the awards and trophies that Maradona won during his time at this Club. 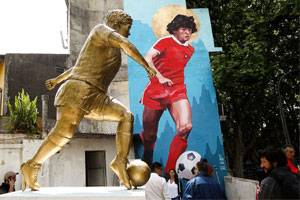 After his death, many fans have attended the stadium to leave an offering, so the Argentinos Juniors Club decided to open a Shrine for Maradona, with a huge mural of Diego, as well as placing benches as if it were a Maradona church. A bronze sculpture is located a few meters from the stadium, on Gavilán and Álvarez Jonte Streets, which is a gift from the neighborhood to honor Maradona. Also, you will find the walls of the stadium with murals that represent him with his parents, Doña Tota and Don Diego, with the ball and with the Argentina shirt, raising the 86′ World Cup in Mexico. 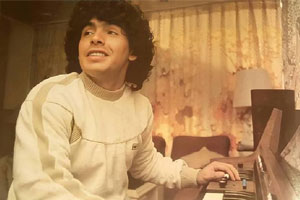 After the visit to the Sanctuary, we are going to move to 2257 Lascano Street, to visit the Diego Maradona House Museum, currently “The House of God”. This was where Diego and his family lived between 1978 and 1980. This is the house, which has become a museum, a few meters from the Argentinos Juniors stadium. After Maradona’s debut in 1976, the directors of Argentinos Juniors bought the house from him. Currently, the original decoration and furniture are preserved, along with the piano that Maradona used to play. Visits are made, so we leave you here the website so you can book and enter the world of Maradona, moving you to a time 40 years ago.

Now is the time when we move from the neighborhood, to go to Retiro, specifically to 1035 San Martín Street, to visit the Basilica of the Blessed Sacrament. You may wonder why we go to a church and the answer is simple, this is where Maradona married his first wife, the renowned Claudia Villafañe. She is the mother of the world famous daughters of Maradona: Dalma and Giannina. Apart from being the place where Diego got married, it is a church that was built in 1914, considered the oldest and most luxurious in the city. With an eclectic style, it deserves a visit! 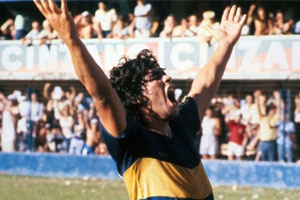 It is known that Diego Maradona’s great love is the Boca Juniors Club. For this reason, it is impossible not to include the Boca Juniors Stadium in our tour. Located in the neighborhood of La Boca and known worldwide as “La Bombonera”, it was the stadium that could have Maradona playing between 1981 and 1982, to return in 1995 and stay for two more years. In 1997, Maradona decided to retire from football wearing the shirt he always loved, the blue and yellow.

To get here, you must go to 805 Brandsen Street, it is not so far from the Retiro neighborhood if you first go to the Basilica that we mentioned before. In this case, the Bombonera is an entire museum, where thousands of tourists come to tour it, visiting the dressing rooms, the stands and even the private box that Maradona used to see his great love.

Here, too, you will find the Boquense Passion Museum, where you can go through 100 years of the history of Club Boca Juniors, the evolution of its jersey and all the players who were part of its history.

To know everything you can do in the neighborhood of La Boca, we leave you this note here.

Also, we take this opportunity to invite you to join our Tour La Boca here and find out about the history of this typical neighborhood of Buenos Aires.

Clearly, La Boca and Paternal are the neighborhoods that have the most history about Diego Maradona. For this reason, you have to open your eyes wide to be able to observe all the murals that color the walls of these areas.

Here we want to leave you some highlights so you do not miss them: 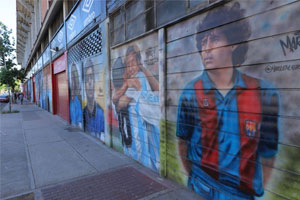 Diego Armando Maradona was more than a soccer player. For Argentines it is an urban and cultural legend, a character that is more of a symbol that knows no borders, since it made us known throughout the world. Everyone’s idol, honored around the city, because in every corner, the number 10 is equal to Diego, it is equal to D10S.