Cabildo of Buenos Aires, the whole story about one of the most emblematic buildings in the country’s history.

Headquarters of the Colonial Administration, it is the heart of the May Revolution of 1810. Erected since 1580, it has stood in the same place ever since. Over the years, it has undergone modifications, which have mutilated some of its sections. 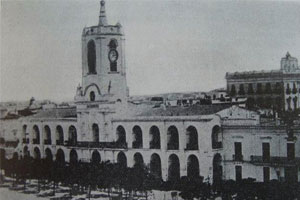 Building dating from the 17th century, in 1608 its walls were made of adobe and the roof was thatched, with a meeting room and another as a kind of jail. Two years later, the roof thatch was replaced with shingles. By 1725, its condition was quite deplorable, so it was demolished and rebuilt in the form we know today.

After the Revolution of 1810, by the year 1821, it was repealed as an institution and functioned as an administrative building. Seventy years later, it underwent another modification, with three arches on the north side being removed to make way for May Avenue and a few years later, three more arches on the south side were pulled down to make way for Julio A. Roca Avenue. In 1940, the Cabildo underwent the last reform, rescuing the original design of its beginnings. 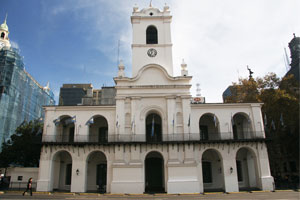 Starting in 1938, the Cabildo of Buenos Aires houses the National Commission for Museums and the Commission for Historic Monuments and Places. In turn, the National Historical Museum of the Cabildo of Buenos Aires and the May Revolution. Said Museum, located inside the Cabildo building, opened its doors in 1939, but only in 1960 did it begin its national jurisdiction. Its heritage includes the building itself, as well as collections of paintings, objects from the 17th to 20th centuries, and documents. For the celebration of the Bicentennial of the Revolution, several spare parts and additional innovations were carried out, such as interactive communication systems to encourage public participation.

In 1933, this building was declared a National Historical Monument.

You can find it in front of the May Square. Here we tell you more about this historic city square! 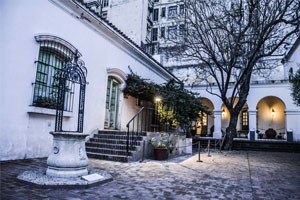 The Museum is open from Wednesday to Sunday from 10:30 a.m. to 6:00 p.m., remaining closed Monday and Tuesday. With free admission, we leave you here their website for more information. Also, guided tours are carried out, free and without prior reservation, suitable for all audiences.

We invite you to join our Free Tours of Buenos Aires here, to learn more about the history and curiosities of the city!