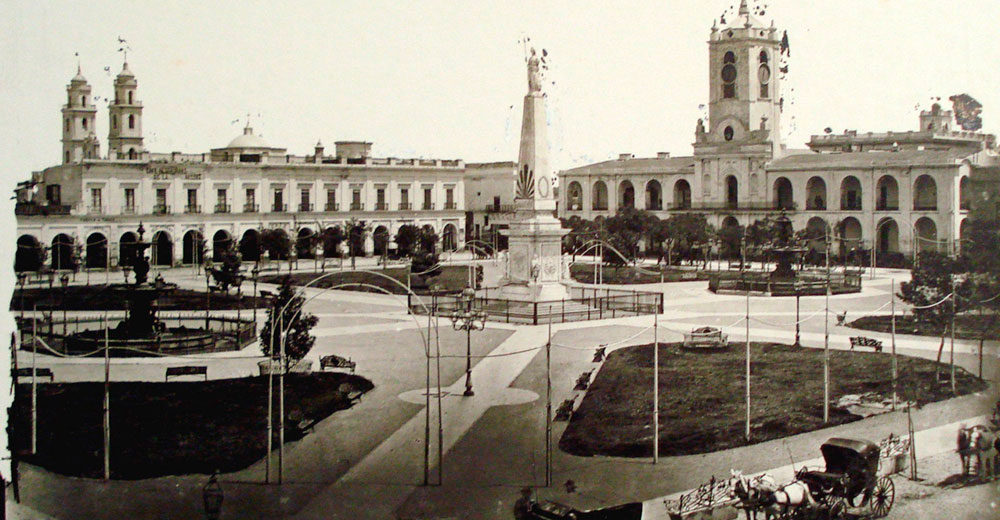 Curiosities about Plaza de Mayo, its history, secrets and much more!

It’s the oldest plaza in the city. But it hasn’t always been this big, nor had that name.

Both plazas were unified in 1884, creating the 2-hectare plaza we know today. Its name honours the Argentinean Revolution for Independence of 1810. 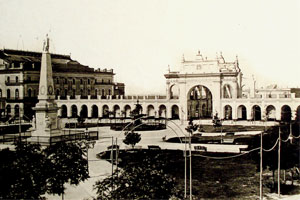 Between the first two squares, during the years 1804 and 1884, there was a building called La Recova. This construction consisted of two bodies of 11 arches each, joined in the middle by a large central arch that connected the two squares. This was the first shopping in the city. Here, you could buy all kinds of products, from shoes and clothes to meat and vegetables.

La Recova was demolished in 1884 to create the Plaza de Mayo.

Built in 1811, it is the first patriotic monument of the city. It celebrates the first anniversary of the May Revolution. But the monument we see today is not the original. The original monument is hidden inside the structure we see today. By 1856, the pyramid was very neglected, so the artist Prilidiano Pueyrredon restored it. He built a new pyramid around it and added a small Statue of Liberty that wears Phrygian cap in representation of the Argentinean Republic. 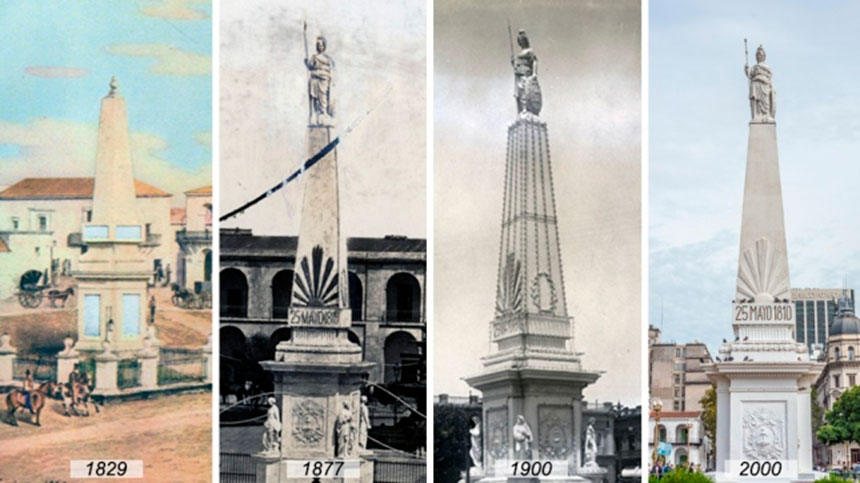 The Hollow of the Souls

It was believed that in today’s corner of Reconquista St and Rivadavia Ave. there used to be a place where the devil and the witches gathered to perform rituals. It was an area with unfinished buildings where the homeless laid to sleep. As the first Colon Theatre as built, the hollow disappeared.

The western part of the plaza was the place for public executions. Thieves were hanged or shot in front of the people. Their bodies were left hanging for a couple of hours.

In 1609 the first bullfight was organized on what used to be Plaza Mayor. It took two centuries to finally forbid them. Until then, the balconies of the buildings around the plaza were rented as theatre boxes, while the authorities and the most important people watched the bullfight from the balcony of the Cabildo (the house of government). These bullfights were followed by different performances with actors, dwarfs and masks. 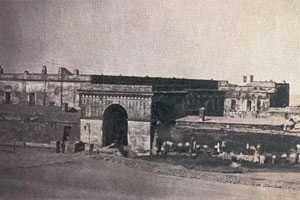 In the area where today we find the Pink House, there used to be a stone fortification built in 1598 to keep European pirates away. Although the fort was demolished in 1882, you can see find some of its walls in the Pink House Museum.

Plaza de Mayo is one of the highlights of our Free Walking Tour City Center!