Port of Buenos Aires, all the history about the main connection center of the country.

With a capacity of 1.5 million tons of total annual cargo, it is in charge of connecting Argentina with the rest of the world. Its operation reaches 62% of container cargo for the entire country. Every year, 1,200 ships arrive, in addition to locomotives, railway material and wagons, to reactivate the freight train network. 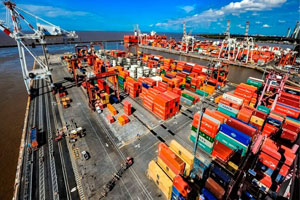 It is a multimodal port, this means that it allows different means of transport to be connected and cargo can be exported and imported. The arrival of these loads happens through river transport, trucks and railways. In this way, the whole country is connected.

In turn, it is one of the most important ports in Latin America, given its cargo capacity and the modern infrastructure that characterizes it.

But, the port that we currently know was built at the end of the 19th century, to undergo an extension in the first half of the 20th century. 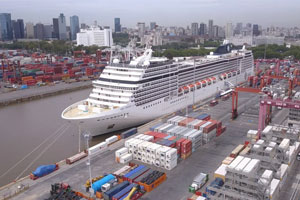 Not only tons of cargo arrive per year, but it also has enormous passenger traffic, due to the arrival of cruise ships or short-haul lines such as those that go to Uruguayan cities. Here we tell you how you can get to Uruguay from Buenos Aires! Don’t be surprised if you glimpse the neighboring city from the port…

It is divided into three large sectors: New Port (coastal area from Av. Córdoba to Salguero street), North Dock (between Av. Córdoba and Antártida Argentina) and South Port (by Brasil street, to the south along the Riachuelo, areas of South Puerto Madero and Barracas, La Boca). 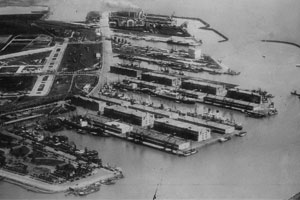 The Port of Buenos Aires was born from the need to have a sheltered space on the coast, to be able to moor the ships that transported expeditionaries and provisions for the country.

Once created, the city began to grow faster, its trade became more important with the Spanish colonies. In 1607, the first renovation works began to appear, to reach the enormous port that we know today.

You can enjoy walking around here, visiting Puerto Madero and the city’s waterfront. Here we leave you more information about everything you can do in this area!