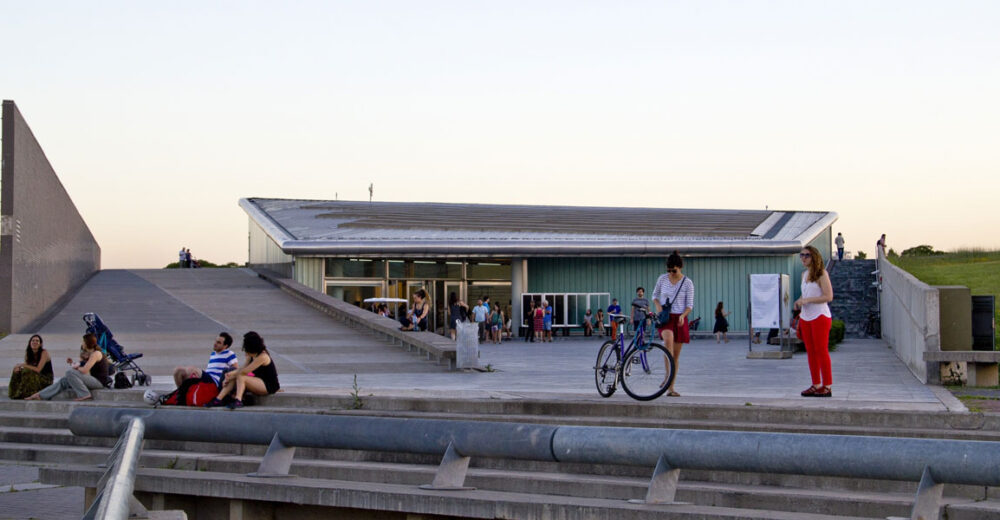 Memory Park, a space for reflection, homage, testimonies and memories.

Unfortunately, our country has suffered episodes of State Terrorism, being really difficult and tedious times for all of society. Those times left thousands of marks and victims that will always be in the memory of the Argentine people.

The Memory Park is a space made a Monument in itself, as a constant tribute to the victims of the actions of the State.

It is located on the North Coast, a few meters from the coast of the Río de la Plata, in the North Zone of the City 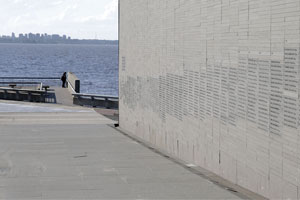 of Buenos Aires. It has 14 total hectares and a wall where all the names of those persons disappeared, murdered or detained due to the repression of the State.

The combination of its contemporary style, direct contact with the landscape of the Río de la Plata, in addition to the names inscribed on a wall, create a sensitive space to listen to the inaudible testimony of those who are no longer there and pay homage to them, in addition to the creation of a space of constant memory and eternal reflection.

It was created in 1998, when Law 46 of the City Legislature was enacted, where the Executive and Legislative Power of the City, together with the University of Buenos Aires and human rights organizations, joined in the work of specifying this place. The main objective is that NEVER AGAIN can be sustained over time, that is, that the next generations can become aware of these episodes and ensure that they do not happen again. 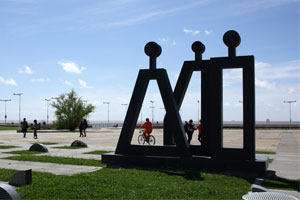 It was finally inaugurated in 2007. The area in which this place was built was specifically chosen for its location near Aeroparque, from where, at the time of Terrorism, several flights took off with kidnapped people who, later, were thrown into the river and never heard from again.

It has 4 concrete stelae, with 30 thousand plates with the names of the victims, and 9 thousand are arranged in alphabetical and chronological order by the year of the disappearance or murder. In addition, the space has the PAyS room (Present Now and Forever in Spanish: Presente Ahora y Siempre), a room for artistic and cultural activities, works of art from the 1999 International Sculpture Contest, and an information center of the disappeared.

Every detail of this space highlights the need to build a just society, in addition to giving a glimpse of the mark that we will carry in the history of our country, as a result of the violence that the State exerted in the years 1976 to 1983.

Undoubtedly, it is a place to learn a little more about the history of the country, take a walk in the open air and admire the view of the Río de la Plata.

Here we leave you the website of the Memory Park so you can see current schedules and protocols.

And, if you want to know what to do in North Coast, here we leave you another note!