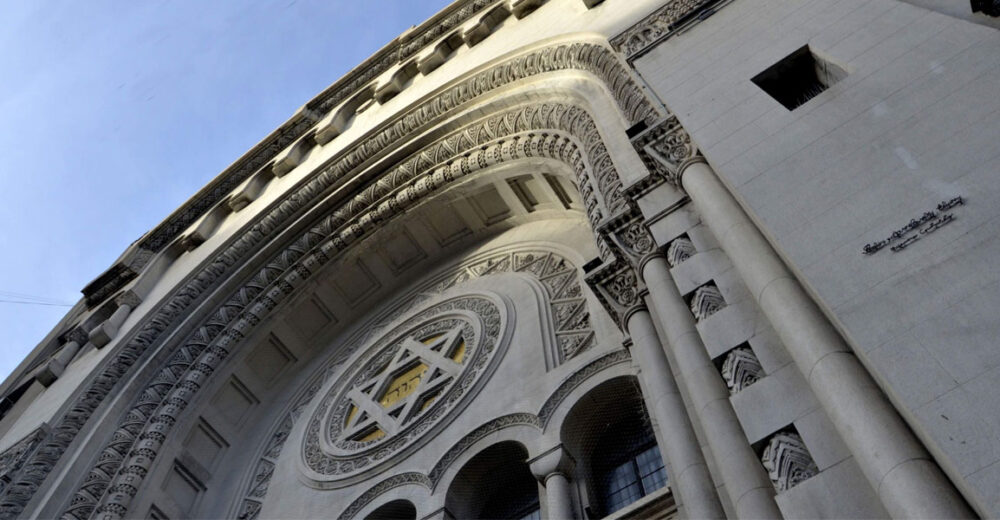 Jewish Community Buenos Aires, a tour of the neighborhoods where this great community of the city is located.

Although there were several neighborhoods where Jewish immigrants and descendants settled, there are seven that are the most important. They are found in an extension from Once (Almagro), Barracas and La Boca, Flores, Villa Crespo, reaching Belgrano and Palermo.

We will start the tour at the corner of Arroyo and Suipacha, where there is a Plazoleta, on the site where, until 1992, the Embassy of Israel was located. This same place, on March 17 of that year, suffered an attack in which 22 people lost their lives and the building was totally destroyed. To commemorate this event, you will see a part of the original wall of the building structure, plus there is a linden tree in memory of each victim. In the Chapel of Our Lady of Carmen, you will also be able to see a tribute to the people who died in this episode, in addition to two others that we will tell you below.

At Libertad 769 Street, you will find the Synagogue of the Argentine Israelite Congregation, founded in 1897 and rebuilt in 1932. It has an immense Star of David, which adds to its Romanesque-Byzantine style. At the front, you will see semicircular arches, adorned with sculptures and two hands above the main door, representing the way the Priests in Jerusalem blessed. Its location is designed in such a way that the faithful are positioned towards the East, and its central nave towards Jerusalem.

Almost next door, you will find the Jewish Museum of Buenos Aires, where you will find all the history of these immigrants, their tradition and culture, everything about the Jewish colonies and the beginnings of this large community. It was inaugurated in 1967 at the initiative of Dr. Salvador Kibrick, a 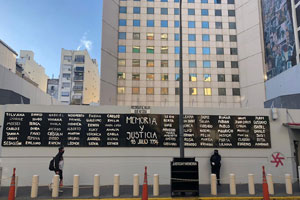 participant in the Israelite Congregation of the Argentine Republic. It was declared a National Historic Monument in 2000. As a condition to enter, they ask for an Argentine identity document or a passport. They have an audio guide format for the cell phone in Spanish, English, Portuguese, Hebrew and French. Here we leave your website for more information.

The Argentine Israelite Mutual Association (AMIA), located at Pasteur 633, was the victim of the worst terrorist attack in the history of our country. It happened on July 18, 1994, leaving a total of 85 victims of death and 300 people injured. The conviction of those who were the material and intellectual authors of this act is still in process. Every year, a commemoration is held together with the eternal request for justice for the victims of this serious attack. On the same site of the previous building, the new AMIA building was inaugurated on May 26, 1999, which opened its doors at 9.53am, at which time the attack and the explosion of the bomb that left 85 broken families. In 2006, a new headquarters was inaugurated at Calle Uriburu 650, whose function is the Area of ​​Social Service, Childhood, Disability, Volunteering, AMIA Employment Service, Value Program and Comprehensive Center for Older Adults (CIAM). Here we leave your website in case you want more information.

Also, if you go to the Corrientes side, in the Once neighborhood, you will see many local food typical of the Jewish community, as well as huge places where you can buy the best fabrics at a very good price.

Moving away from the city center, in the Coghlan neighborhood, you can find the Ana Frank Argentina Center, located on Superí 2467 Street. It was inaugurated in 2009 to commemorate the 80th Anniversary of its birth. The idea of ​​this space is to preserve the memory of this young writer, who was a victim of Nazism. It is intended to generate constant reflection on discrimination, racism and anti-Semitism, to highlight human rights and freedom, creating social inclusion. Here we leave your website for more information.