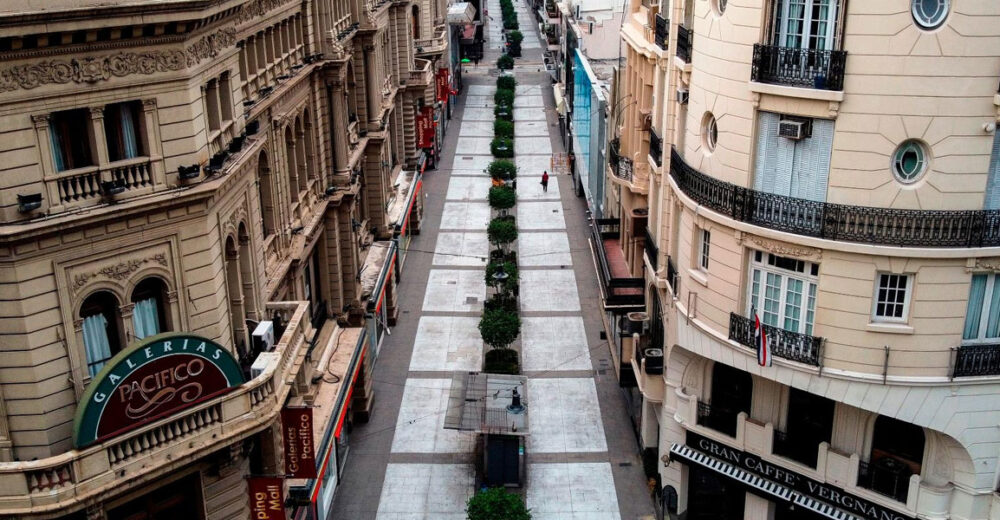 Florida Street Buenos Aires, all the history and curiosities about the busiest pedestrian street in the city!

Recognized as the most important commercial street in the country, it is the first street that was made pedestrian in Buenos Aires. 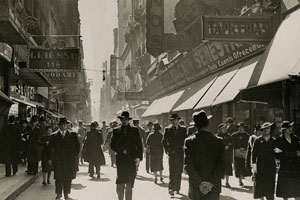 It starts at Rivadavia Avenue and ends at General San Martín Plaza (here we tell you much more about this beautiful square!). Its continuation occurs crossing Rivadavia, towards the south, changing its name to Peru.

In 1913, the passage of cars and buses was prohibited in some sections of the street, from 11 a.m. to 9 p.m. Finally, in 1971, it was decided to transform it into a pedestrian street in its entirety.

The first steps in the existence of Florida Street date back to the founding of the city, when it was a path that rose from the river. At that time, it was known by the name of “Saint Joseph”. Later years, it was popularly called “Of The Post Office”, since here, on the corner of the current Hipólito Yrigoyen and Perú streets, was where the Post Office was located. Several were the names it received, until in 1821, it obtained the current name of Florida, in commemoration of the Battle of Florida, on May 25, 1814. 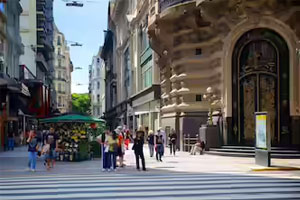 Given the epidemics that arose in the country, much of the population decided to move to higher areas of the city, so the surroundings of San Martín Plaza became more and more populated. This resulted in the conversion of Florida Street into a commercial street. For this reason, you will notice that, even today, it is one of the streets with the most stores in Buenos Aires. At the intersection with Av. Córdoba, the construction of a huge building of commercial galleries was carried out, which today are known as Pacific Galleries. A century later, this building was declared a Historical Monument. In 1915, the Güemes Gallery opened its doors, a landmark of luxury for the Buenos Aires of that time.

Thus, Florida became a completely commercial street, with a large number of galleries, stores and banks. By 1971, its streets were leveled with the sidewalks, widening the blocks. 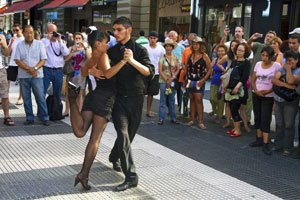 Currently, in addition to shops of different fields, you can find endless street artists ranging from tango dancers, music bands, plastic artists, artisans, living statues, comedians and much more! It is a walk to glimpse every detail and where, in addition, you can eat something delicious on the go, have a coffee or enjoy a good ice cream. Walking through Florida Street is to feel the heart of Buenos Aires.

Given its central location in the city, countless means of transport will bring you here. From the Train, to the Subway lines A, B, C and D. Several bus lines pass through here, so you will have no problem visiting this popular Buenos Aires pedestrian street.

Here we tell you more about what you can do in the Center of Buenos Aires.

We invite you to join our Free Tours around the city here, to learn more about its best places!