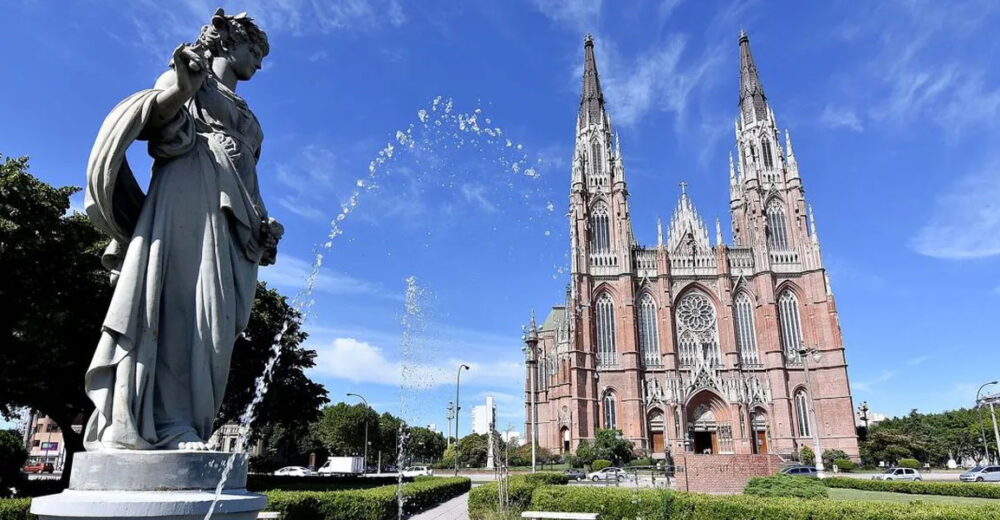 Best Places La Plata, a complete guide to everything you can visit in this beautiful place in Buenos Aires.

It is one of the most striking spaces, given its diagonal design and perfectly thought-out structure before its creation. It is located to the South of the Metropolitan Region and is the Capital of Buenos Aires.

Beyond its distance, getting here is not as cumbersome as you might imagine. Here we tell you how you can get to La Plata with the best options!

A space as important as this, has endless attractions for you to enjoy your trip here. We reiterate that is extremely easy to get here and what you can enjoy on this site is also worth it.

Now, let’s see the Best Places that La Plata has to offer: 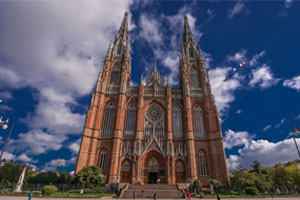 Designed by Pierre Benoit, an architect of French origin, in a neo-Gothic style, in the shape of a Latin cross and made up of five naves. On its façade, it has towers 112 meters high, which are crowned by needle-shaped domes. In the center, you can see the huge stained glass rose window.

In addition, it has an underground museum and an elevator through which you can go up to the viewpoint in one of its towers. From there, you will get a panoramic view of the city that will dazzle you, as well as being able to glimpse the coast of Colonia of Sacramento in Uruguay! Among the museum’s exhibits, you can find elements that were used for its construction, as well as religious art. In the crypt, rest the remains of Governor Dardo Rocha and his wife.

It opens every day from 9 a.m. to 7 p.m., but when there is mass they can extend the closing hours until later. The museum, the viewpoint and the crypt are open from Tuesday to Friday from 11 a.m. to 7 p.m. and on Saturdays, Sundays and holidays from 10 a.m. to 7 p.m. Here we leave you their contact for more information. 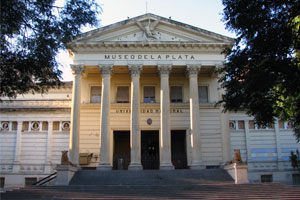 It opened its doors in 1888, belonging to the National University of La Plata. It is one of the largest museums in Latin America, with more than 2 million collectibles, only a part of which are on display.

It is recognized for its collection of dinosaur and mammal fossils from the Tertiary and Quaternary eras, as well as having a room dedicated to native and ancient cultures.

Recognized worldwide, it works as a Research center and receives academics and scientists from the country as well as from abroad. 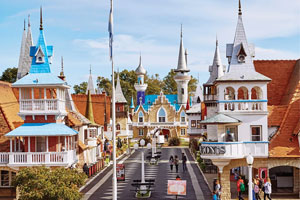 With 53 hectares, it is an educational theme park, which pretends to be a miniature country. It has castles, public buildings, palaces, a train station, theaters, a port, shops and even a church. In total, there are 35 different buildings.

It was built in 1949 in a Golf Club. Some stories say that it was visited by Walt Disney, who used it as inspiration to build DisneyWorld. 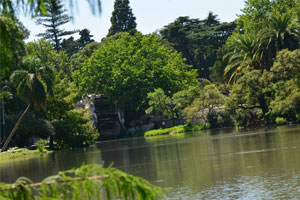 It is the largest green lung that the city has. With a total of 60 hectares, it is home to great varieties of trees, plants and flowers. In turn, it has trails for you to take walks, bike rides and some recreational or sports activity.

It was founded in the year 1882, four months before the city itself was founded. It has more than 100 species of trees, among which you can see ombú, eucalyptus, oak and poplar.

An oasis in the middle of the city, you will find the Museum of Natural Sciences, the Observatory, the Zoological and Botanical Garden, the Planetarium, the Ecological House, the Garden of Peace, the Gimnasia and Esgrima de la Plata and the Students (two football teams from the city). In addition, it has an artificial lake, through which you can navigate with boats that are rented during the day. 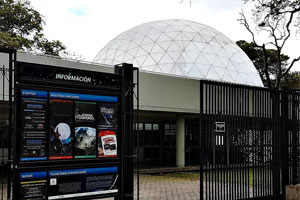 To enjoy astronomy, this space was inaugurated in 2013, one of the most modern in Latin America.

It is part of the Faculty of Astronomical and Geophysical Sciences of the University of La Plata, with 1200mts2 and a capacity of 175 seated people.

Its sphere has an interior diameter of 17 meters, with two 4K Ultra HD projectors so you can enjoy simulations of the most important astronomical phenomena in 3D.

It has guided tours, functions on weekends and holidays, as well as immersive projection shows. Its entry is free, with an optional contribution voucher. 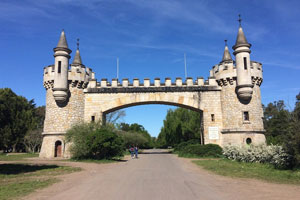 It is a natural reserve, whose extension goes from La Plata, Florencio Varela, Ensenada and Berazategui, municipalities of the Province of Buenos Aires.

There are 10,000 hectares of vegetation, with 132 species of autochthonous and introduced flora, as well as 200 species of mammals and birds.

Here, you will be able to find the “Crystal Tree”, a species with the magic of shining in the light of the Moon. In addition, you will see wild cats, gray foxes, black-eyed lizards and the “Argentine Flag” butterfly.

Open every day from 9 a.m. to 8 p.m., including holidays. We leave their website here for more information.

We invite you to join our Free Tours here to continue learning about the magic of Buenos Aires.