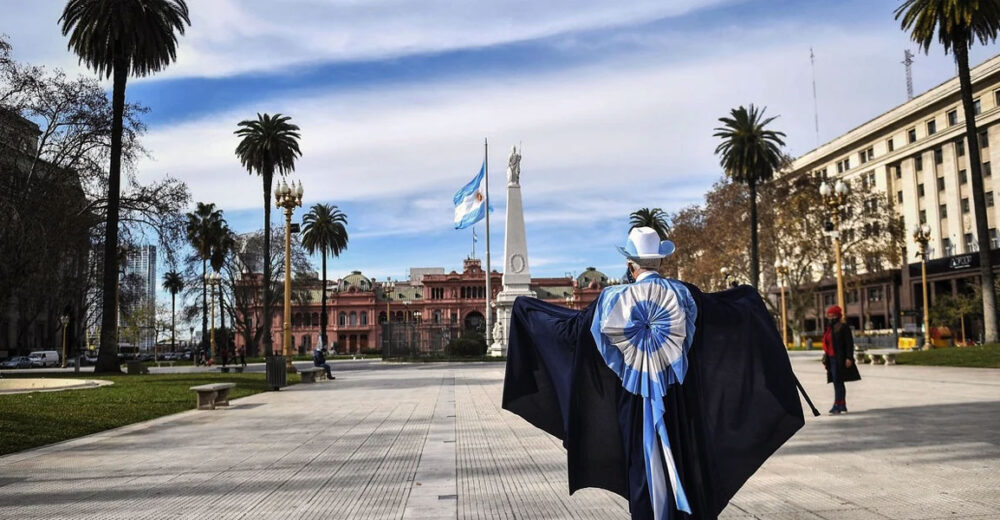 The Argentinian Rosette Day, a day of celebration of the national colors.

Every May 18, the day of our Rosette is celebrated. The date was instituted by the National Council of Education in 1935, for which it is included in school calendars.

It is one of the symbols of the Argentine homeland, along with the Anthem, the Flag and the National Emblem.

Its origin is due to Manuel Belgrano (here we tell you about this important character in our history!), who requested the creation of a symbol that would unify the colors for the army, which at that time used different badges.

For this reason, on February 13, 1812, the use of the National Rosette of the United Provinces of the Río de la Plata was approved, with the colors sky blue and white, and in the shape of a flower.

The use of the Rosette spread to the entire population in the following years. It was used on hats and jackets, as a national insignia. Then, its use was limited to certain important national dates, for which it is said that it is used from May 18 to 25, all week, evoking the events that led to the May 25 Revolution through which achieves the assumption of the First National Government. In turn, it is used on July 9, to commemorate and honor Argentina’s Independence Day.

Today, not all the rosettes you can see are flower-shaped. There are those who use only two ribbons with the national colors, others use pins in the shape of the rosette or the national flag, and so on, thousands of variables. What you will always see is that they will have the colors light blue and white, which are the colors of Argentina. The location of it is always on the left side of the chest, near the heart.

In addition to the Rosette as a national symbol, another of great importance is the creation of our Flag, the first national emblem. Also created by Manuel Belgrano, on February 27, 1812, with the same light blue and white colors. We tell you more about our flag here! 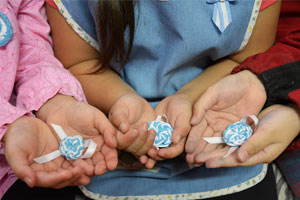 Although May 18 is not celebrated as a holiday, you will be able to notice that the population will wear the national colors in honor of our history. Its use is no longer so common, but it is mandatory at school.

To learn more historical events in Argentina, follow this link!