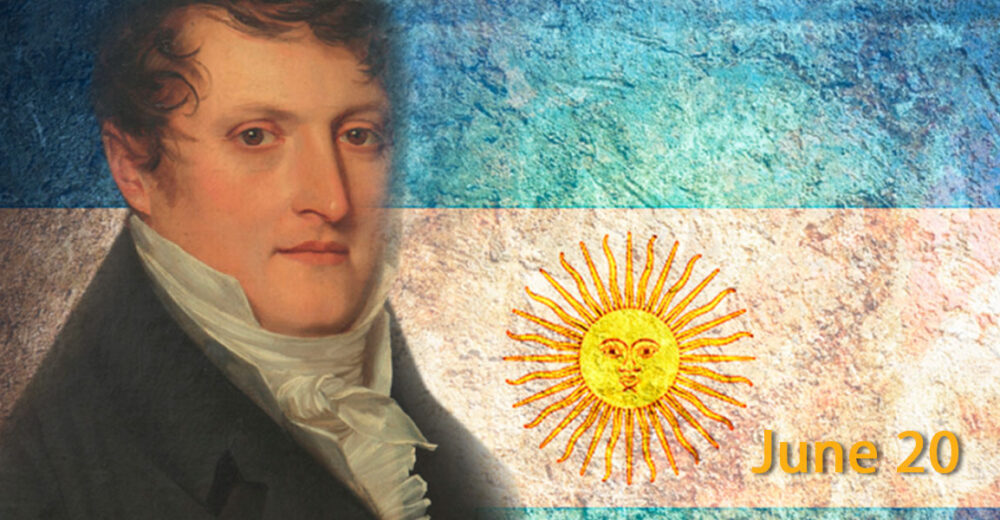 In the history of Argentina, there are a variety of heroes and important personalities. For this reason, it is that we bring you closer to the most prominent and, thus, know the reason why several days of our annual calendar are called holidays, days of commemoration or festivity.

On June 20 of each year, Manuel Belgrano’s Passage to Immortality is commemorated, as well as the National Flag Day.

Here we are going to tell you everything about the Argentine Flag and Manuel Belgrano.

Manuel José Joaquín del Corazón de Jesús Belgrano (full name) was the creator of our Flag, on February 27 in 1812, 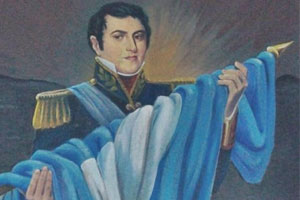 during the gestation of the Independence of the United Provinces of the Río de la Plata, where it was raised for the first time in what is now known as Rosario, Province of Santa Fe , Argentina.

After several modifications, which are believed to have been simply a change in the order of the colors, the current National Flag was defined: Light Blue, White and Light Blue. In 1818, the May Sun (or Inca Sun) was included in representation of the events that occurred during the May Revolution. Same Sun that was part of the National currency of the country.

14 years after the creation of the Flag, in 1957, they inaugurated the National Monument to the Flag, 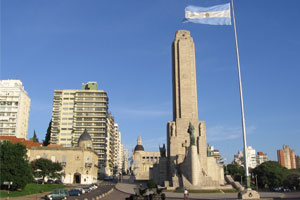 that today can be visited in Rosario. Also, a few years ago, a parade of the longest flag in the world, a community confection of the Rosario population, was included in the festivities of June 20 in this same city.

In addition to being the creator of our insignia, Manuel Belgrano had a varied career, with positions of lawyer, politician, economist, journalist and, clearly, military. Leader in several battles, he was also a participant in defending Buenos Aires from the English invasions that wanted to stay with the city, capital of the Viceroyalty of Río de la Plata. Also, he was one of the main personalities for the May Revolution of 1810 to take place, undoubtedly one of the most important events for our country.

On June 20, 1820, Belgrano died in the city of Buenos Aires, as a result of dropsy, a disease that complicated him for a long time.

Since 2011, through a National Decree, this day became an immovable holiday, this means that every June 20 is a holiday of commemoration and respect, therefore, it is not workable.

We leave you one last reflection, from Manuel Belgrano himself:

“I serve the country for no other purpose than to see it constituted, that is the prize to which I aspire.”

To learn about all the Ephemeris of our country, here is a link!