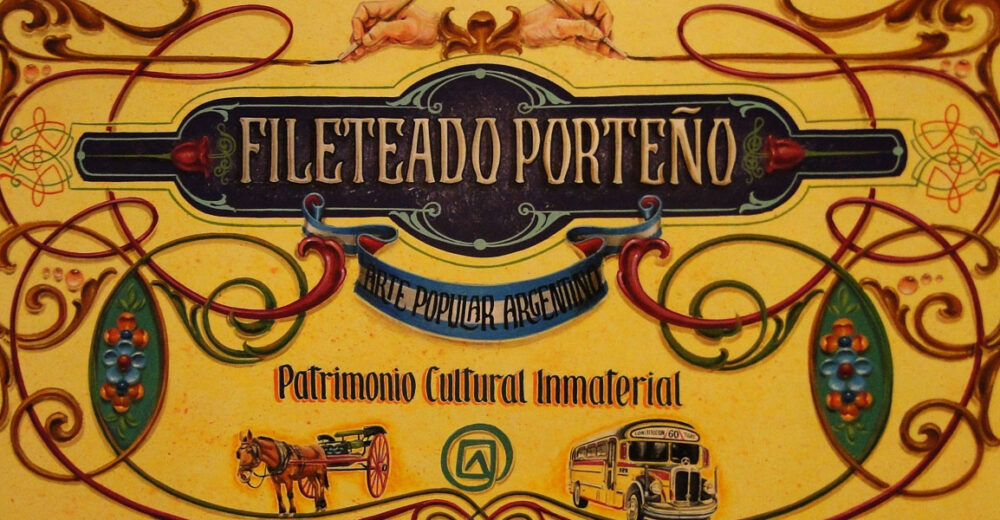 Filleted Art Buenos Aires, all the history and details about one of the most emblematic techniques of the city.

If we say that Tango is the characteristic music of Buenos Aires, Filleted is confirmed as its stroke, its signature, its handwritten lyrics. Buenos Aires urban landscape, declared Intangible Heritage of Humanity by UNESCO in 2015. 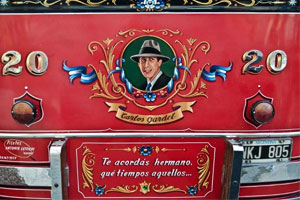 With dramatic characteristics, ornate and twisted, just like the spirit of Buenos Aires, it became a wake-up call for the inhabitants of the city, an invitation to never forget the origins, the philosophy of life or history.

It is, simply, a typical decorative art of Buenos Aires, which began as a subtle decoration of horse-drawn carts; later it was used in buses and trucks, to later be found in all kinds of billboards and decoration. Its aesthetic is charged, with symmetrical figures, spirals, curves, with relief effects, flowers and garlands.

Like what happens with Tango, there is no exact date of its beginning, nor a first artist who created it, but there is a story that three Italian immigrants were the ones who developed this technique by painting a car transforming the classical french graphics, filling it with gold and red, with ornaments, leaves and flowers. 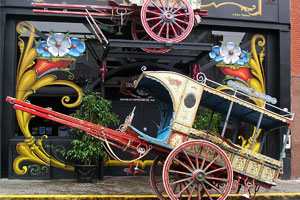 Within the characteristics of filleting, the most important are: Vivid colors with a preponderance of gold and red, a high degree of stylization, simple and with basic lines, contrasts that generate a false sensation of volume and depth, overloading the available space, symmetry obsessive, preference for ornate typefaces such as Gothic or adorned characters, symbolic conceptualization of objects (horseshoes as a symbol of good luck, dragons symbolizing strength, etc) and the enclosing of each composition in a frame. 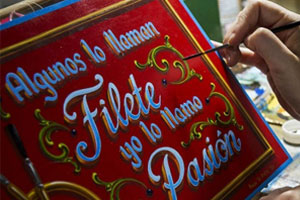 Its name derives from the word “fillet” (from the Latin filo=thread) and to fillet is to decorate with fillets. The paint used was synthetic enamel, resistant to weather and time.

Every September 14, the day of the Fillet Art Buenos Aires is commemorated and celebrated, recalling the first exhibition of this art that was held in 1970.

Over time, filleting became the image that characterizes Buenos Aires, being a local cultural identity, as is Tango. Not only in a bus, now people also wear it on their skin.

To see more about Buenos Aires, follow this link!