When asked to mention a must-try Argentine cuisine specialty, most people might answer Steak and Wine, but let us tell you something most people ignore: Argentine Gelato is one of the best in the world.

Thanks to the massive Italian immigration that arrived in our city in the late 19th century and the beginning of the 20th century, locals have become compulsive consumers of gelato. Gelato in Argentina follows the secrets of the great Italian Gelato, but with a local twist. 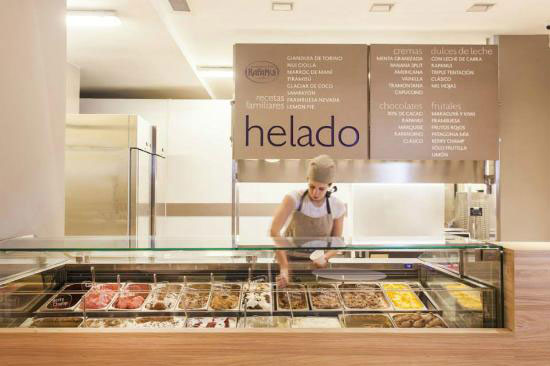 In our country gelato is more creamy and sweeter because of the type of milk, cream and water employed in its making. Being immigrants in a new continent, gelato-makers unleashed their imagination, creating new tastes and as a result, gelaterias in Buenos Aires will offer you between 20 and 50 flavors to choose from! In fact, there are so many flavors that it will be hard for you to pick only two or three for your Gelato J.

But this is not it; every ice cream parlor in Buenos Aires has the “specialty of the house”, a brand’s creation that you will not find anywhere else. This means, that differently to Italian gelaterias that offer more or less the same products, each Argentine Gelateria displays a unique world of tastes and invites you to discover its own personality.

Where do I get my Argentine gelato?

If you are strolling around the city and you feel a sudden craving for Gelato look for these classic ice-cream parlors: Freddo, Persicco or Volta. They are spread all over the city. But if you are a foodie looking for a supreme palatal experience check out this places:

Most Argentine gelaterias have delivery!