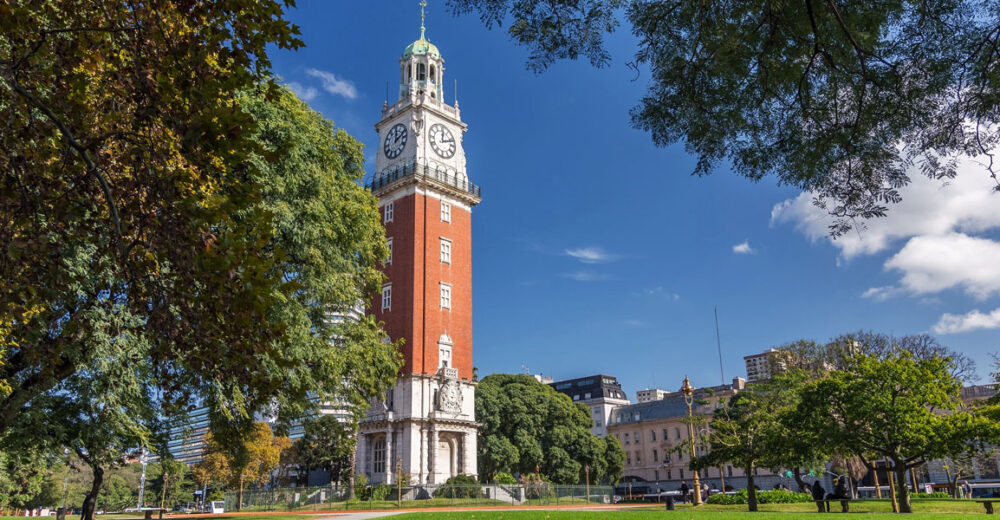 Popularly known as the “Tower of the English”, it is a gift from British residents for the Centenary of the Independence of our country and the first national government.

It was built in 1916, with more than 60 meters high, where the Gas of Retiro fuel distributor was located, in that same neighborhood. Currently, this site is known as the Argentine Air Force Square. 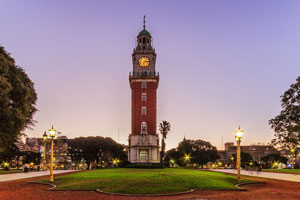 Throughout the 20th century, it witnessed the different waves of immigration, as well as the urban development around it. The Retiro neighborhood became one of the main gates to enter the city of Buenos Aires, given its proximity to the Port.

Very close to the Tower is the Immigrant Hotel, which has now been converted into a museum, as well as facing the famous San Martín Plaza. Here we tell you more about this beautiful green space!

At the top of the Tower, you will find the viewpoint, which will allow you to have a panoramic view of the entire Retiro neighborhood, including the city’s Port. With 5 bronze bells, weighing approximately 7 tons, it also has the original chime. 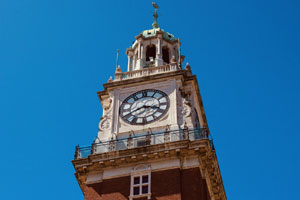 The facade of the Tower has the coats of arms of the Argentine Republic and the United Kingdom, with decorations of roses, thistle flowers, shamrocks and dragons, which are the emblems of Ireland, Wales, Scotland and the House of Tudor.

It owns an immense clock, the brainchild of the highly regarded watchmaker Gillett & Johnston of Croydon, of England. The melody that is heard is the same as that of Big Ben in London: the Westminster Rooms. 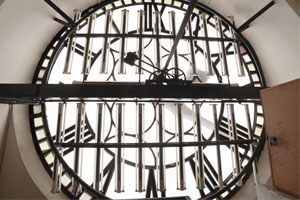 The design of this enormous Monumental Tower Buenos Aires was the work of the architect Ambrose Macdonald Poynter. The cladding was made of red bricks, together with carved stone; its structure is located in four stairways on each side with spillways in each corner.

For a long time, it was closed, but in 2001 it reopened as a Museum Information Center, as an orientation about the offer of the City’s museums.

Currently, the Tower can be visited by paying an entrance fee. Here we leave the site, to have the updated values. On Wednesday, admission is free!

Retirees and university students can access for free by presenting the relevant accreditation, as well as those with disabilities along with a companion, and those under 12 years of age.

It opens every day from 11 a.m. to 6 p.m., except Tuesday when it is closed. Access to the Viewpoint is suspended in case of rain and the entrance priority, which is limited, is by order of arrival. The calendar dates on which it is closed are: Saint Friday, May 1 (Labor Day), December 25 (Christmas), January 1 (New Year).