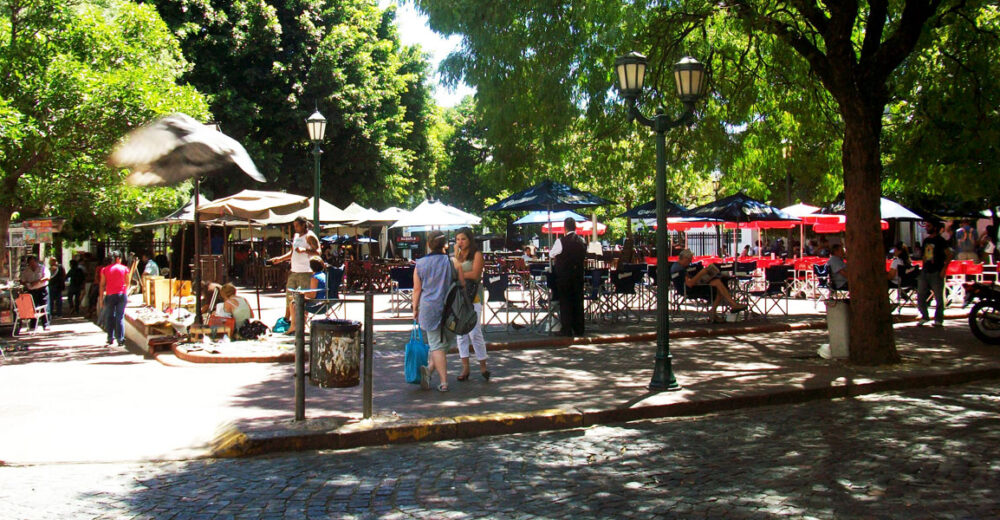 Dorrego Square San Telmo, the details of one of the most touristic attractions of Buenos Aires.

In the heart of the San Telmo neighborhood, it is surrounded by huge houses from the 19th century, which were restored, recycled and transformed into antique shops, cafes or restaurants. 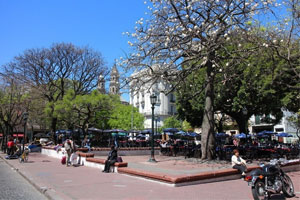 Considered a Historical Monument of the city, given that, in 1816, the country’s Independence was announced to the people here, previously declared in Tucumán.

Since 1970, the most visited fair in the entire city was created. At first, it was a few neighbors selling antiques from their houses, but a year after that, it became a fair with 200 stalls of “old things”. Today, Defense Street is known as the home of the most dazzling antique dealers. 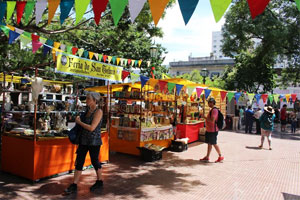 The stalls that are found in the Square are mostly antiques, but if you walk down Defense Street, you will find the stalls of artisans and less common objects. Known as the San Telmo Fair, it extends through the surrounding streets, so walking through it will be a really attractive walk!

This square is one of the few in Buenos Aires that is completely paved. The reason is that, in colonial times, this area was known as “Highs of Wagons” since the carts that were pulled by horses used this place as a stop prior to crossing a stream that took them to the center of the city.

Follow this link to find out everything you can do in San Telmo and enjoy a whole day getting to know this neighborhood!

We invite you here to join our San Telmo & Market Tour to learn about the history of this place!