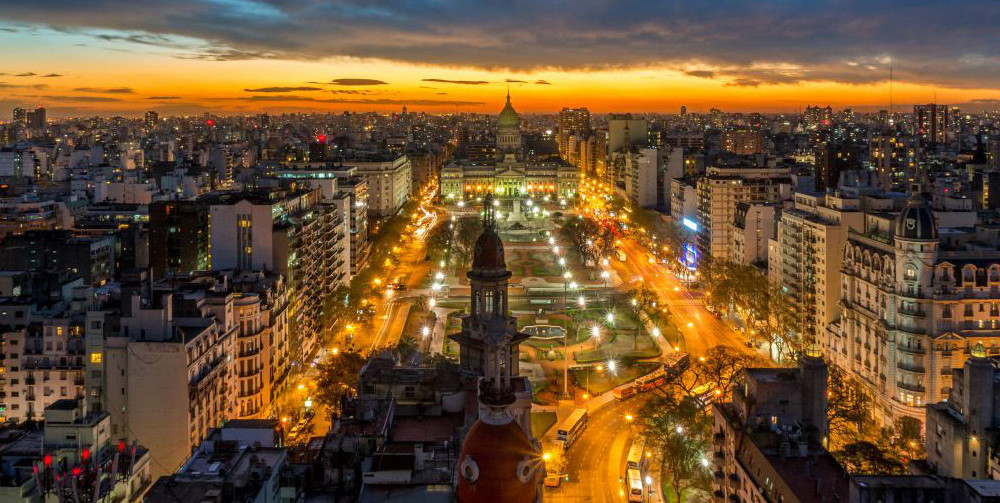 1) The most visited place in town is a graveyard

Believe it or not, statistics show that the most visited attraction is the Recoleta Cemetery. This place is so unique you can be sure you’ll never see anything like it anywhere else. Located in the middle of one of the top neighbourhoods of BA, this little village consists of over 5000 mausoleums becoming a cluster of architectural masterpieces and beautiful artwork. The most important characters in the history of Argentina are buried here, among them the famous Eva Perón. Check out our Recoleta Cemetery Tour.

2) Buenos Aires is the bookshop capital of the world

With 734 bookstores for every 100.000 habitants, Buenos Aires has the highest density of bookstores in the world. Porteños are serial readers making and they make of BA a very cultured city. Among the tons of bookstores that we have here, there is one that is considered to be the “Queen of all Bookstores”: The Ateneo Grand Splendid. Check out full article on el Ateneo.

3) We have the widest avenue in the world

Avenida 9 de Julio is the widest avenue in the world. It is nothing else than 140 meters wide and it has 22 lanes. This massive street crosses BA at its core and with its flow of cars, busses and pedestrians it is the heart of everyday business life. It’s impossible to miss it and you are highly likely to cross it more than once if you are in BA.

4) The biggest condom in history was used in Buenos Aires.

Porteños are known for being big-headed and professional braggers. But this case has nothing to do with any Argentinian macho. The condom we are talking about was used by the80-meter-tall Obelisk of Buenos Aires in 2008 in the context of a campaign against AIDS. 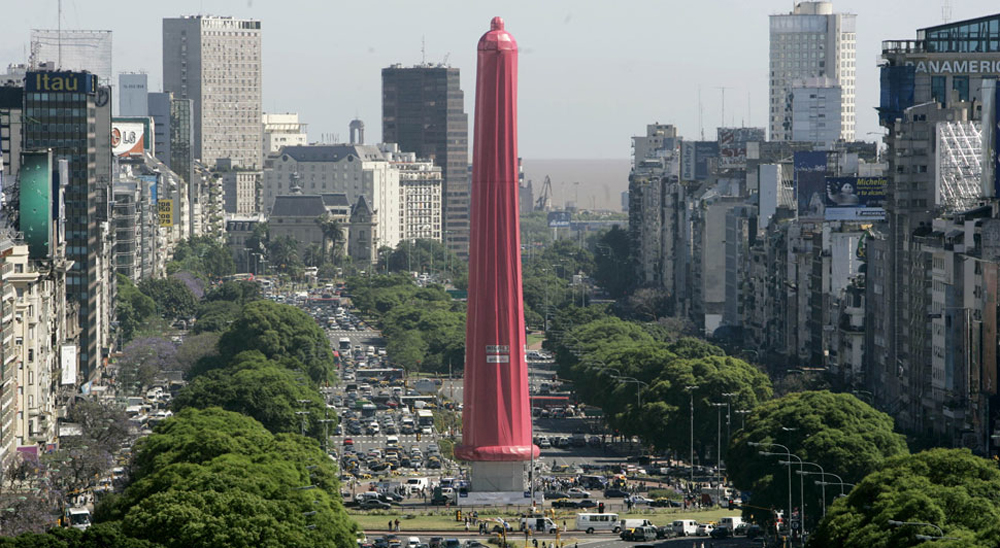 Numbers show that Argentina is the country in Latin America with the highest density of pets per habitant. In Buenos Aires, lots of people have cats and dogs. In fact, dogs can be found in more than 60% of the householdsof Buenos Aires. Statistics show that most locals prefer adopting street dogs to buying one. So, while street dogs can rarely be seen in Buenos Aires, the streets and parks are crowded with dog walkers, whom you will be seeing pretty often in BA!