Weather in Buenos Aires, a series of important tips so that you know what weather you will face when you arrive in the city, according to the time of year.

Buenos Aires is the largest city in Argentina, located on the banks of the Río de la Plata, which generates an environment with high humidity that suffers a lot in summer, added to high temperatures, and in winter because the cold feels more than normal.

The type of climate in the city is mild with temperatures exceeding 30 ° C in summer and rarely descend from 0 ° C in winter. January is the hottest month, February the rainiest and July the coldest.

As for the rains, they vary according to the season of the year. During the summer (December-March) there are intense rains in a short time. It is possible that on the same day there is a storm and a few hours later the sun rises. 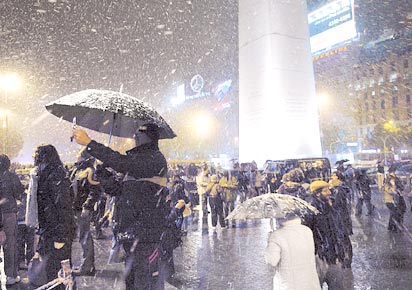 During autumn (March-June) and winter (July-September) the rains are more common and of long duration.

It is not at all common for snow to fall in Buenos Aires, but, historically, it has happened twice. The first was in 1918 and the last time in 2007.

Due to the global problems of common knowledge, the climate has been changing everywhere, so, clearly, Buenos Aires is not the exception. It happens that it is going from being temperate to tropical, with greater rains and high temperatures before each calendar year that has elapsed.

To learn more about the details of this city before your visit, we leave you here another note with a lot of important information!