Ástor Piazzolla Buenos Aires, the story behind one of the most important tango composers in Argentina.

Absolute innovator of the traditional structure of tango, mixing it with jazz and classical music, adding hitherto unthinkable techniques and styles. A revolutionary of music and structure like the Beethoven of Classicism. 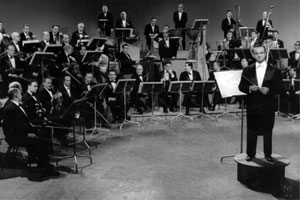 He was born in 1921, on March 11, in the city of Mar del Plata, in the Province of Buenos Aires. Renowned bandoneonist and tango composer. Worldwide acclaimed for being different, and equally booed by those traditional conservatives of tango.

His first approach to the bandoneon was at the age of 8, never to be detached again. At the age of 17, he was part of the famous Aníbal Troilo’s Orchestra, where he also officiated as pianist and arranger. Also, he was a student of Alberto Ginastera in relation to his academic studies. After several years, he left the orchestra and went to Paris to further his studies, thanks to a scholarship.

Upon returning to the country, he formed the Buenos Aires Octet with renowned musicians and a variety of instrumentalists. The compositions became more contrapuntal and innovative in terms of rhythm, which determined the future evolution of Tango. 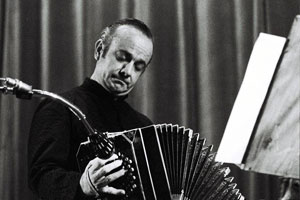 Before the death of his father, in 1959, Piazzolla composed one of the most beautiful and well-known works in the world: Goodbye, Nonino.

Creator of endless melodies, he also has to his credit the opera María de Buenos Aires, written for female and male singers, reciter and 11 instruments. Libertango, Ballad for a madman, Autumn Porteño, Summer Porteño, Oblivion, Fuga and Mystery, are part of Ástor’s most played and reversioned works.

Around 1985, he was named Illustrious Citizen of Buenos Aires. His career is long-standing, with many recognitions, awards, tours and participations with great musicians recognized worldwide. To his credit he has innumerable works and records, as well as being the author of compositions and arrangements.

In 1990, he suffered a cerebral thrombosis that left him bedridden, and later died in 1992 in Buenos Aires. His revolutionary and innovative personality opened the way for new artists who followed his new musical line both in tango and in other musical styles. 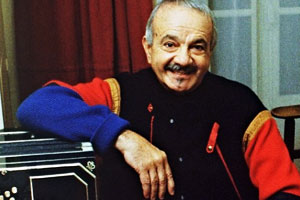 Undoubtedly, Piazzolla marked a before and after in the tango world, as well as in music in general, not only in our country, but throughout the world.

For Piazzolla “Music is the most direct art, it enters through the ear and goes straight to the heart”. Thank you Master, for leaving us so much beautiful music.

If you want to know more characters from Buenos Aires, follow this link!