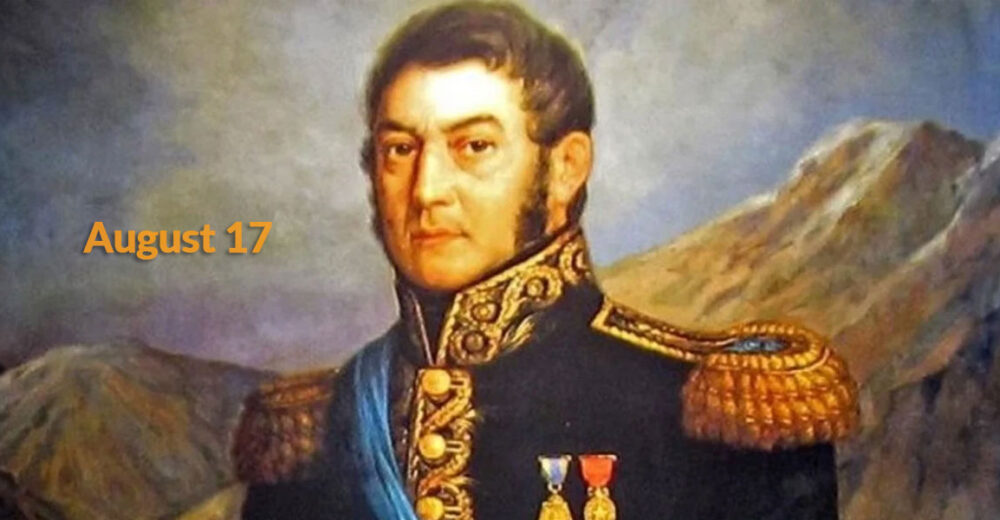 General José of San Martín, all the information so that you know who was one of the most important heroes of Argentina and what we celebrate on August 17 in Argentina.

As we have been telling you, in the country certain national dates are celebrated in commemoration of historical events, heroes or important dates that become holidays or non-working days. To know all of them, we leave you the link here.

On August 17, the Passage to Immortality of General José of San Martín is celebrated. Considered one of the most important liberators for all of America, he was a mentor at the beginning of the May Revolution.

He was the liberator of Argentina, Chile and Peru, in addition to winning in Chacabuco and Maipú. In turn, he was one of the great contributors to the right of the peoples of Latin America to self-determination.

In 1813, he formed the “Lautaro” lodge, whose purpose was to establish the strategies to achieve 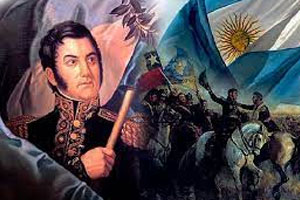 Argentine Independence. As well as, also, creates the Regiment of Grenadiers on Horseback with whom he fights in the famous Battle of San Lorenzo.

Later, he was in charge of the Army of the North instead of General Manuel Belgrano, and it was here that his continental plan was conceived based on eliminating the royalist nuclei from the centers of power, loyal to maintaining the colonial system.

Also, he was Governor of Cuyo, which at that time had headquarters in Mendoza, where he started the project of Crossing the Andes towards the liberation of Chile, in the

framework of the battles of Maipú and Chacabuco. After achieving Chilean emancipation, he went in a fleet to the city of Lima, where he declared the Independence of Peru in 1821.

In 1822, he ceded his army to Simón Bolívar and left for his retirement in Europe.

He died on August 17, 1850 in Boulogne-Sur-Mer, France; and his remains were repatriated in 1880. Today he rests in a mausoleum in the Cathedral of Buenos Aires. For this same event, is that every August 17, we celebrate the Immortality of General José of San Martín.

In our country, we consider San Martín as the Liberator and Father of our Nation. He is one of the main heroes that Argentina has.

In the General’s words: “When the homeland is in danger, everything is allowed, except not to defend it.” And, without a doubt, he has defended it to the end.