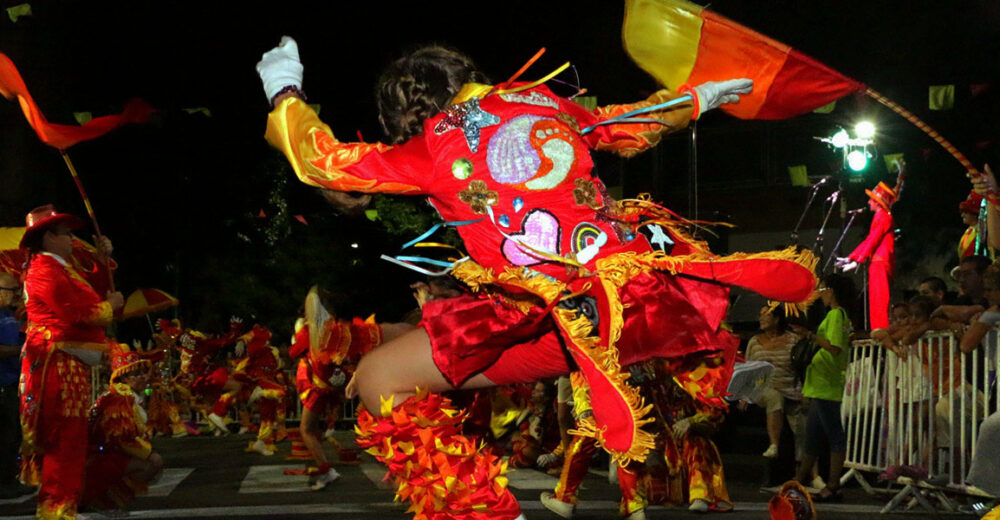 Carnival in Buenos Aires, all the information about one of the most colorful and festive celebrations in the country.

Costumes, music, colors and fun are the characteristics that define Carnival, being one of the longest and most attractive festivities in Buenos Aires. It is celebrated in different parts of the country, where the music, the lyrics of the songs and the costumes vary by area. 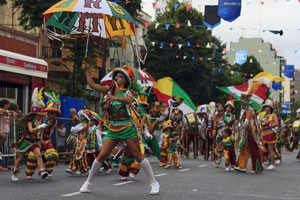 Through the different avenues and streets of the city, you will see the display of parades or corsos, with murgas that pass by, spreading their rhythm and astonishing the spectators with their bright and colored clothing.

Each murga has its imprint, its own aesthetics and its identity, as well as its music and songs. Although it is a festivity that occurs throughout the country, in Buenos Aires it is the place where it is separated by neighborhood. In other words, each neighborhood has one or more murgas, which change their place of presentation, going through parades throughout the city. In the case of other towns, such as Gualeguaychú in Entre Ríos, a space is set up for the parade of all the murgas, choosing the best one each year. 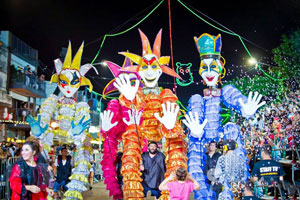 Declared as Cultural Heritage of the City of Buenos Aires in 1997, the carnival murgas are distinguished from each other by the specific colors of their clothing, and their songs are an ensemble of joy and humor with color and social criticism. Also, you will see that they are made up of people of all ages!

While the murgas parade through the neighborhoods, many people play with foam or water, in addition to enjoying activities such as games, space decoration, contests, body painting and more. The activities of this festivity take place in open and public spaces such as avenues, squares and parks or amphitheatres. The end of the carnival is celebrated in the Plaza de Mayo.

This festivity had its beginnings at the end of the 19th century, becoming popular at great speed in all the neighborhoods of Buenos Aires. It is a celebration that is marked by the social reality of that time, dramatizing the daily problems of the groups of the Buenos Aires society. Although there were those who wanted to silence those voices and festivities over time, Carnival managed to establish itself as an annual festivity without limits.

At present, the places where Carnival is celebrated are transformed into spaces for parties, dances and meetings. Bass drums, cymbals, drums, left-handed, trumpets and drummers are in charge of bringing the rhythm to this celebration. 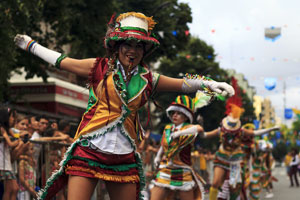 On the last Sunday of Carnival, as a closing, the celebration takes place in the Plaza de Mayo from 3 to 10 pm, with a huge procession at the intersection of Av. de Mayo and Av. 9 de Julio. Here, you will find food stalls and children’s shows, as well as the characteristic murgas parade.

There are two days in February declared as holiday, so we recommend you check the calendar, since it varies every year, but with the premise of being located between the last days of February.

Get ready to enjoy the music, the dance, the party and the attractions that each murga prepares for a whole year, to delight you during the month of February!

Here we leave you a site with the programming!

We invite you to join our Free Tours around the city here, to continue learning about the curiosities of Buenos Aires.