Thanks to the massive immigration experienced by Argentina, in Buenos Aires is possible to appreciate different cultures. Taking our free city tours you will notice the architectural contrast of Buenos Aires. We find mainly French style, but also Spanish, Greek, Italian, Victorian, romantic, Byzantine, etc.

Many families from around the world arrived to the country in the golden age of Argentina between 1860 and 1930. Many Spanish, Italian, French looking for shelter and new opportunities in our land. The Jewish community has also made a huge contribution to our culture becoming, the Argentina community, one of the largest in the world.

The Asian community has also spread their culture in the country. Chinese, Korean, Japanese and other Asian families have arrived to Argentina. In Buenos Aires you can find a Chinatown that concentrates Eastern families offering their culture openly. 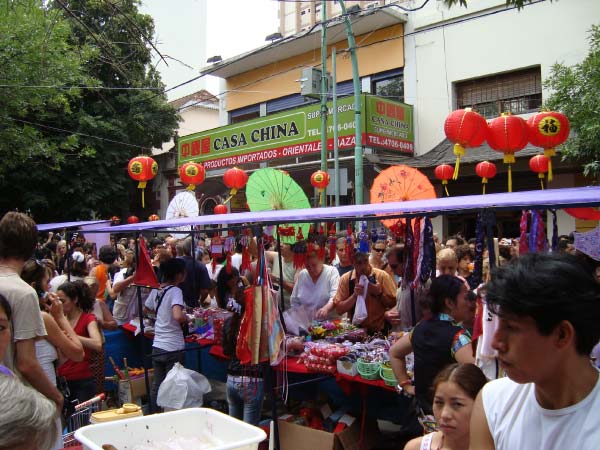 Thanks to its wide range of shops and Asian restaurants has become a showplace. It has an entrance arch in Juramento and Arribeños, next to the train station called Belgrano. This arch was built in China and brought disarmed from there to be established in Buenos Aires.

This neighborhood emerged in 1980 with the arrival of several Asian, Taiwan families mostly. In a few blocks you can find hundreds of supermarkets, shops, with decorative objects and Asian cartoons, among other things. These shops are open all week and on Saturdays and Sundays receive hundreds of visitors from the city.

Towards the end of January the community celebrates Chinese New Year and the neighborhood becomes festive demonstrating Dragon dancing through the streets of the town.

In Chinatown it is also possible to find a Buddhist temple, Kuan Chong, one of the first to be built in Buenos Aires.