What to do in Barracas 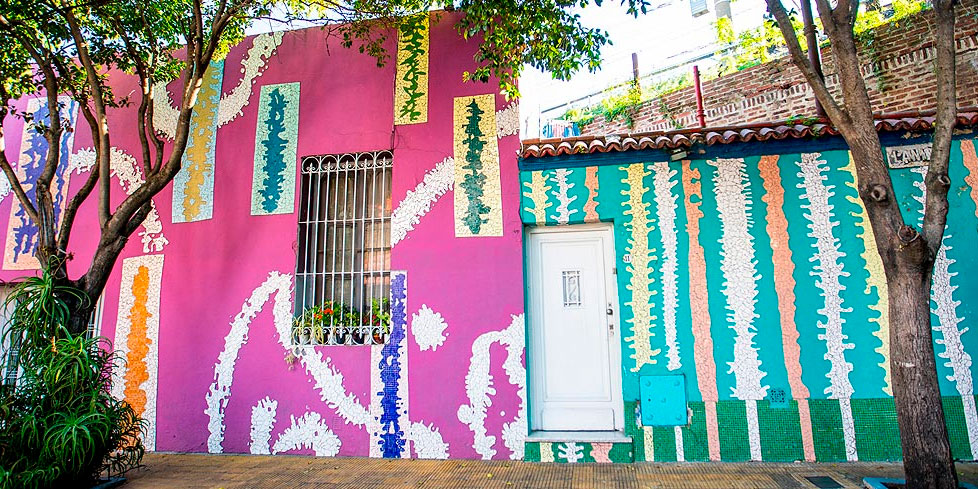 Barracas is a traditional neighborhood in Buenos Aires that is not usually visited by foreign tourists but that has great charm for fans of Buenos Aires and its history, those who are looking for something outside of the classic tourist spots. Barracas was at the time a place of the Buenos Aires aristocracy of the late nineteenth century and later a neighborhood of factories, workers and immigrants who built the country. Here are the main attractions to know what to do in Barracas: 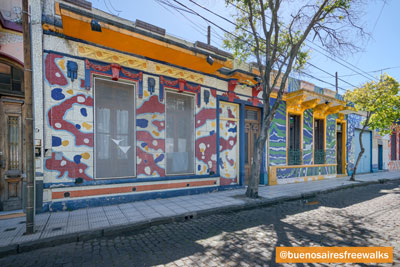 Lanín street or passage is one of the most picturesque places in the city. With the shape of a curve next to the railroad tracks, with low houses and with its cobblestones of yesteryear, it is one of those very typical Buenos Aires places. But if that is not enough to make it charming, the Lanin passage was intervened by the plastic artist Marino Santa María who has his house and workshop located there and who in 2000 after restoring several facades, painted and decorated them with colorful mosaics of shapes sinuous and varied. Many neighbors joined the initiative and the passage has 40 facades full of shapes and colors that make it a fantasy street. 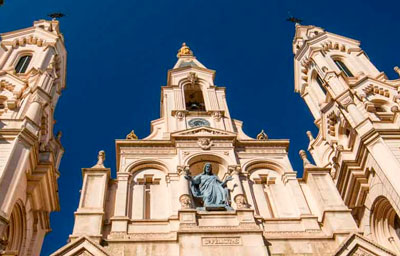 One of the most famous stories of Buenos Aires happened in Barracas: the story of Felicitas Guerrero, a lady of the Buenos Aires aristocracy who had a tragic life, with the premature death of a son, being a very young widow and then being murdered by a jealous lover. The Guerrero family house was exactly where Colombia Square is today and it was right there on their land where they decided to build a church in homage to Santa Felicitas (Romanian martyr) to also pay tribute to Felicitas Guerrera, her daughter who suffered a final so tragic. The temple is a spectacular neo-Romanesque one of the most beautiful churches in Buenos Aires. Not only is it a beautiful place, it is also part of a great tragic history (inside the temple there is a statue of Felicitas Guerrero and her son) and it also has a museum where you can visit the tunnels that connected the church with the old Guerrero residence.

Mason Temple The Sons of Labor 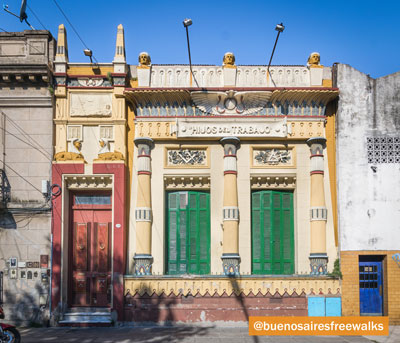 Possibly the most exotic façade in Buenos Aires is the Mason Temple of the Sons of Labor Lodge. The Lodge was founded in 1882 by immigrant workers, mainly Spaniards and Italians, who in 1880 bought a large ​​house to carry out their activities there. In 1919, the architect Cabot dressed his façade with symbols in reference to Ancient Egypt, following the belief of certain Masonic groups during the 18th and 19th centuries of being the continuators of the mysteries and initiation rites begun by the builders of the pyramids. 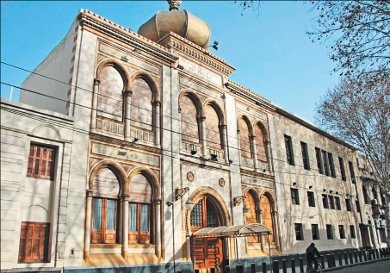 Buenos Aires has one of the most important Jewish communities in the world. They began to arrive in the country at the end of the 19th century with the establishment of the first agricultural temples and colonies. But the best known story is that of the Jews from Eastern Europe or the Russian Empire who settled in the center of the city. A little more unknown is that of the Jews of Sephardic origin (Jews originating from the Iberian Peninsula who, after the expulsion from Spain, settled in the Mediterranean Levant and the Ottoman Empire). From Syria, in particular, Sephardic Jews from Damascus and Aleppo arrived, those from Damascus settling in the barracks neighborhood where they built this beautiful temple of Andalusian and Moorish architecture, inaugurated in 1930. Its onion dome and its Middle Eastern air are strikingly striking.

Discovered other neighborhoods in Buenos Aires by clicking here.