Along with Iguazu Falls and Calafate, Salta is another important destination within Argentina. Not only the city of Salta is lovely, but the whole region emanates ancient culture and wonderful landscapes extremely different to Patagonia and Buenos Aires.

As happens with the most popular destinations within the country, there are a wide range of dailt flights departing from Buenos Aires to Salta. It is a 2 hour-flight.

The city of Salta was founded by the spanish in the sixteenth century, close to the foundation of Buenos Aires, because it meant a trascendental nexus between Alto Perú and Buenos Aires in the colonial times. Salta presents an eclectic architecture, such as Buenos Aires, combining different styles. You will be able to find from colonial style to gothic, neogothic or modern buildings.

The climate of Salta is Subtropical Serrano with dry season. The precipitations are concentrated in summer and the average temperatures are 20°C in summer and 14°C in winter.

What to do in Salta

Salta has many activities to offer. The first step to learn about Salta’s history and culture is to take a free walking tour visiting the main spots of the city. Salta Free Tour offers free tours every day in english and spanish.

Where to eat in Salta 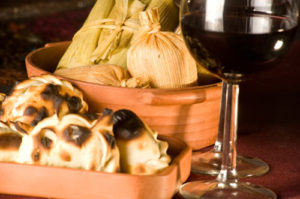 Undoubtedly, the star of Salta cuisine is the empanada. Empanadas are offer at any restaurant as a starter or main dish. The best restaurants to try empanadas are: 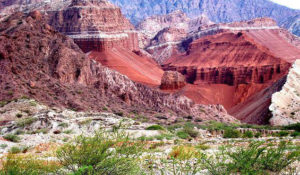 Located 186 km from Salta, Cafayate is the most important city within Valles Calchaquíes. This area is famous for its vineyards and wineries where the Torrontés stands out as the better grape. Not only is well know for the wine but also because of the Quebrada de las Conchas where surprising geoforms are presented along the route.

Another popular place around Salta is Los Cardones National Park, located 120 km from the city. Within the national park you will be able to appreciate the predominant vegetation of the Pre-Puna, Cardones, a giant cacti. There are also important paleontological remains, such as dinosaurs tracks and cave paintings.

If you need to buy tickets online to Salta or another part of Argentina by bus, ferry or plane, you can buy online your tickets here in Plataforma 10!